Do you know that, according to statistics, PHP is among the ten most popular programming languages in the world? It is easy to learn, it does not require using a predefined structure of imperative programming, and in general, finding a PHP developer is not difficult. These all can be a very good reason to choose PHP for your project.

On the other hand, the success of a new project depends not only on the language of development but also on many other different factors, including the tools that determine the structure of the system. So how can you tell which PHP frameworks are best for your solution? Let’s try to clarify this question. Below we have collected a small review of the ten best PHP frameworks in 2022. 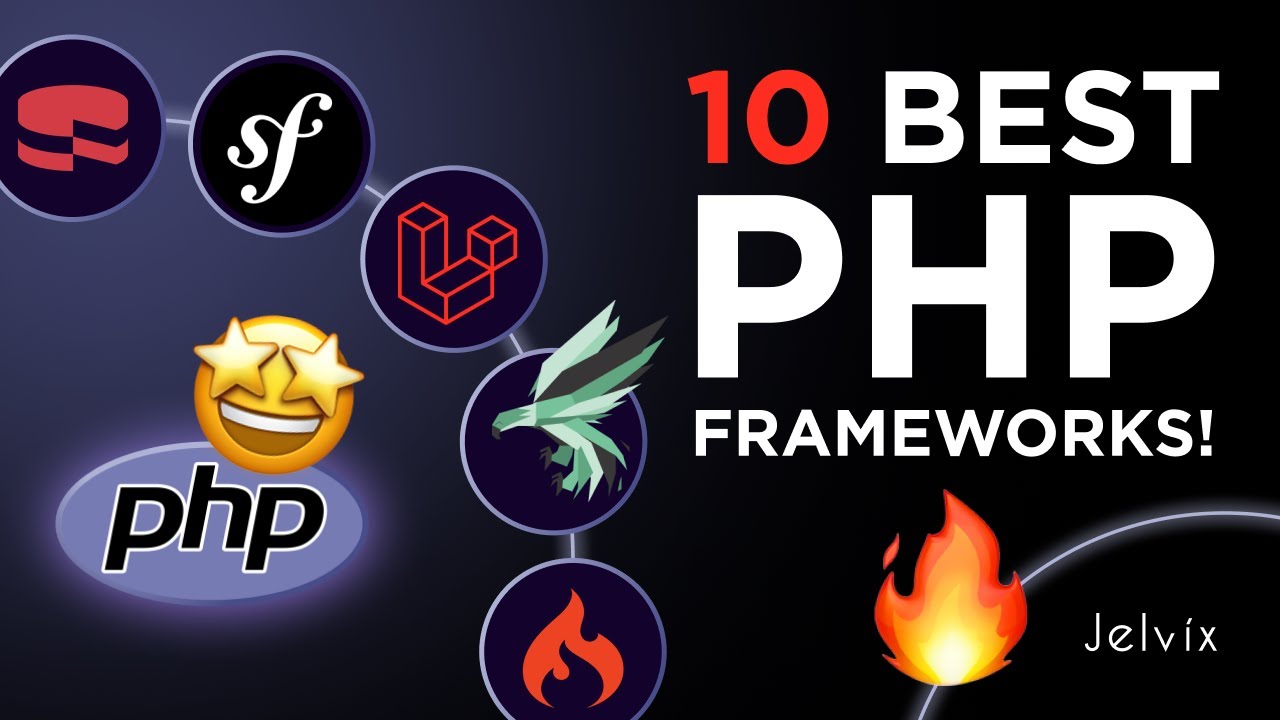 Ten of the best choices you can make for your project

The choice of the framework can be quite challenging despite all the simplicity and practical versatility of PHP as a programming language. In most cases, it makes sense to choose from industry leaders. Here is a ranking of the most popular PHP frameworks, plus PHP framework popularity dynamics over the past three years.

At the moment, Laravel, followed by Symphony, is the most popular PHP framework. However, this does not mean that they are suitable for any project without exception. To make things more clear, we have created a list of ten solutions with their characteristics and the ability to meet different business needs.

So, let’s analyze the ten best PHP frameworks that have won the hearts of many developers around the world.

Symfony is one of the world’s most popular PHP frameworks for web development. Today, many well-known open-source projects are based on it (entirely or partially), including OroCRM, Laravel, Drupal 8, Magento, OpenCart, Piwik, etc.

The reasons why Symfony is such a hit with developers:

Now, traditionally, about the cons. They consist of learning complexity and the absence of components for interacting with databases (though you can use the Doctrine library as an alternative).

The high-level Laravel framework is designed to create applications based on the MVC architecture.

Here is an approximate list of reasons to love it:

Despite so many pros, Laravel does have a downside to it – a rather high input threshold and some imperfections in the debugger (IDE systems do not recognize some methods and properties of individual classes, showing the user a warning). 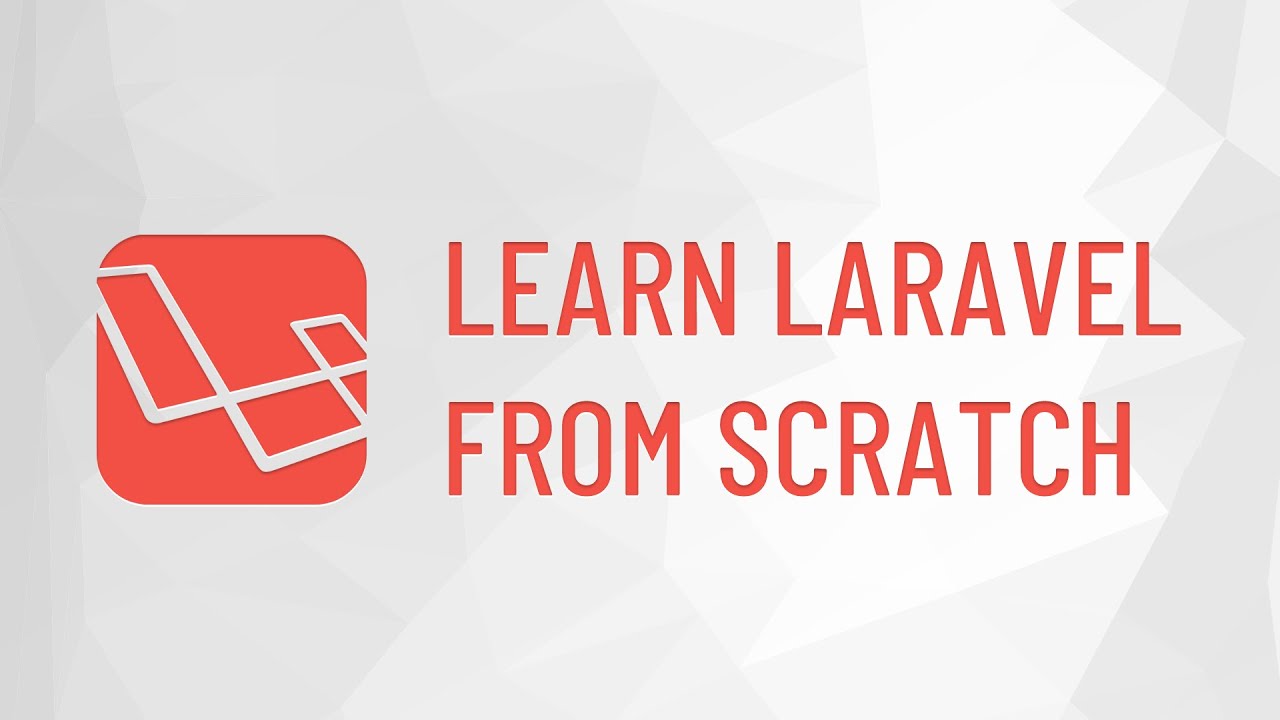 The benefits of Codeigniter are the following:

However, before thinking of Codeigniter as of your go-to choice, be sure to consider the shortcomings. Codeigniter has its coding style that differs somewhat from the generally accepted code creation models. Besides, the caching system is not developed well, and the Dependency Injection pattern is also missing.

Another open-source framework based on the MVC pattern is Phalcon. Phalcon is a C-extension known for its fantastic performance. It is worth noting that developers do not need to know the C language to work with this framework since all the functional elements are represented as PHP classes from Phalcon namespace.

Let’s look at the benefits of Phalcon in more detail:

Phalcon does have some drawbacks: some difficulties in working with the CLI and the inability to fix the code (which will not allow you to eliminate any vulnerabilities you find).

Cakephp MVC-framework is an excellent choice for newbies in web application development. Initially, this development environment was created as an alternative to the well-known Ruby on Rails.

Below you will find the reasons for Cakephp popularity in recent years:

On the other hand, Cakephp is considered somewhat weaker than the mentioned Codeigniter, primarily because of its insufficiently high speed and insufficient flexibility (Cakephp is too tied to MVC agreements).

Zend PHP Framework is one of the oldest open-source web development solutions on our list.

Typically, this environment is used to create large-scale software, and here’s why:

The main disadvantage of this framework is the speed. It is not as fast as most developers would want it to be. Also, it is necessary to note the complexity of learning. Dealing with documentation could be quite challenging since it is voluminous and difficult to understand.

Yii is a full-stack and one of the top PHP frameworks with a twenty-year history of development. The concept of the name of this technology translates as simple and evolving, and this description is entirely consistent with the technical characteristics of the framework.

Where can you use Yii? This solution is well suited for high-load and multi-level web applications, such as forums or e-commerce platforms. However, this list is not limited to only these projects – the advantages of the framework make it almost universal. Due to the ability to withstand heavy loads, Yii is also one of the best PHP CMS frameworks.

The only drawback that some users mention is that the code included in the structure creates a load on the server. However, this problem is solved by caching in most cases. Besides, it is possible to cache both individual pages and their fragments. As for the other shortcomings, the developers say that:

A very interesting fact about the creation of Fuel PHP is that this solution was created by developers who were unhappy with the functionality of Codeigniter. The main goal reached by creating Fuel PHP is great flexibility and productivity without additional time costs.

Here are the benefits of this framework:

All in all, Fuel PHP can be named a good enough framework for web projects where the Codeigniter functionality is not enough.

Slim is a microframework with the macro feature. In simple words, there is a maximally simplified wireframe solution that can be easily and quickly customized, depending on the requirements of the project. Of course, the most significant advantage of Slim is that it is speedy to learn because it offers only basic functionality. However, the developers have solved this issue by doing everything in their power to make the work with third-party solutions as simple as possible.

So, the main advantages Slim can brag about are:

This is an ideal tool for creating APIs that use, reuse, or provide access to some data. If the speed of launching a project is the highest priority, then Slim allows you to create a prototype of a future solution quickly, make changes and think over further functionality, having spent not that much of your effort and time.

The last one on our list of top PHP frameworks is Fat-Free Framework. This is an open-source micro-framework PHP that maximally helps to avoid the introduction of unnecessary code blocks and structures. It provides a modular structure of applications and is ideal for creating scalable solutions.

The advantages of the Fat-Free Framework are:

The apparent disadvantage of Fat-Free is its unsuitability for developing large, high-performance projects (only because it doesn’t have a ready-made structure for projects, and you have to create one yourself).

So, how to choose the best one?

As we have mentioned before, it always makes sense to start the analysis and PHP framework comparison with several market leaders. Most likely, one from the list of PHP frameworks will be able to satisfy your requirements.

However, despite all its versatility, not all projects can be implemented using such frameworks as Laravel or Symfony. Therefore, we have compiled a list of questions the answers to which will help you make the most informed decision when choosing a framework for your project.

What functionality does the framework have, does it meet the needs of the project?

This is the most challenging question to answer. So, consider making a list of the most critical technical criteria for your project. For example, whether it is a mobile or web application, the ability to withstand heavy loads, speed, budget, etc.

For example, if you talk about mobile development only, then Laravel would be the right choice. You might also try Lumen, which was not mentioned on our list because of its narrow focus, but it can become a useful technology for creating a mobile solution. At the same time, the initial intention of Laravel is to be a PHP web framework.

Is it easy to scale a project created with this framework?

As a rule, projects created using frameworks are easy to scale by default, because this is one of the goals of their application. However, if to choose from our list, Yii meets this criterion best.

How active is the tool development?

If you take into account the frameworks listed in our article only, then Laravel is the fastest-growing solution. Besides, this is the most accessible tool to learn, and the Internet is full of both official and amateur guides for using this technology. Moreover, this solution has one of the largest and most active communities. In this context, Yii can also be the right choice.

Are there template engines and a modular approach?

As for modularity, this is best implemented in Symfony. Of all the above, this is the best solution if you need a modular approach.

What development speed can each framework offer without loss of quality?

In most cases, Laravel can offer the best development speed if the project’s time to market is strictly limited. In part, this is achieved through the Blade template engine. It allows you to use PHP code in the view.

Talking about the speed, many developers also note Phalcon. Thus, if development speed is a priority, it makes sense to choose from these two solutions, taking into account the functional features and technical requirements for the project.

Which of the PHP frameworks’ performance is the best?

Most developers talk about Yii and Symfony as frameworks that provide the best performance. For this reason, these two solutions may be the best choices that you can make for highly loaded applications that will be scaled in the future. Surely, you should consider other features of these frameworks and additional requirements for the project while making the final decision.

Which one from the PHP framework list works with most databases?

As for databases, Symfony supports the most significant number of SQL and NoSQL databases.

Summing up, you can see that all the PHP development frameworks on our list are useful, and recommending a specific one does not make any sense. It all depends on the features of your project, its scope, performance requirements, and the developers’ level of qualifications.

We can and are willing to create a dedicated team of highly qualified specialists, specifically for your project. They will bring all of their experience with PHP frameworks and the best practices of modern web development to the table. Discuss the details of your idea with us right now by reaching out via the contact form below.

Have a project in mind?

We can help you take full advantage of the PHP software development.

PHP vs Java: Differences and Similarities

Offshore Development Center: Point of View from the Specialists

How to Build a Chatbot