Augmented reality can be defined as a technology that can offer an interactive experience of the real-world environment that delivers enhanced computer-generated perceptual information. AR is known for utilizing multiple sensory modalities such as auditory, haptic, olfactory, somatosensory, and visual systems. 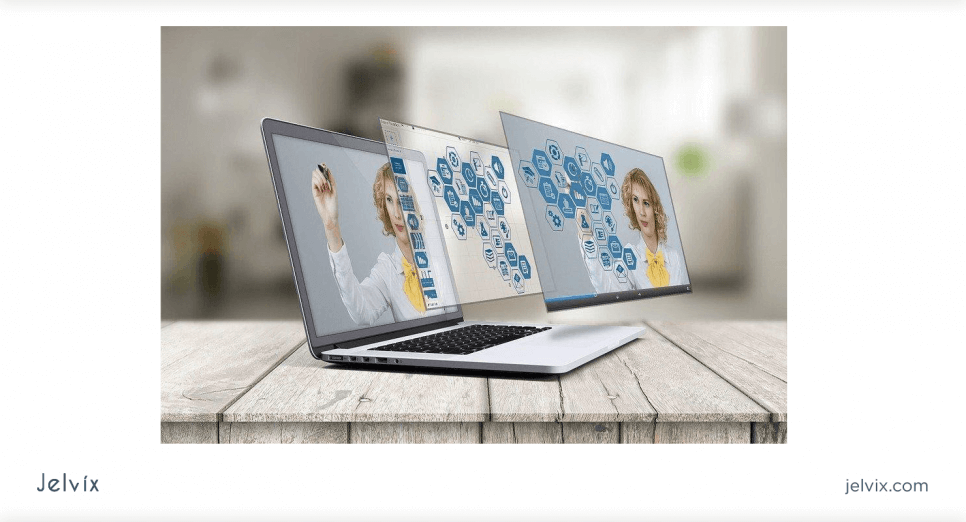 It has a deep-rooted history ever since L. Frank Baum pitched the concept back in 1901, which was about an electronic display called the ‘character maker.’ Over the years, there was a lot of progress made through individual testing, and it wasn’t long before Louis Rosenberg developed an early working model for AR systems back in 1992.

Today we have major players in the market working on AR technology and further development, such as Google, Magic Leap, Microsoft, and Vuzix, to name a few. Some prominent projects include:

According to a recent study by Threekit, 1% of retailers are already using AR, while 52% claim to be unprepared yet to implement the technology. On the other hand, 71% of consumers say they are more likely to shop for items if offered AR, while 40% say they would pay more for product customization through AR. 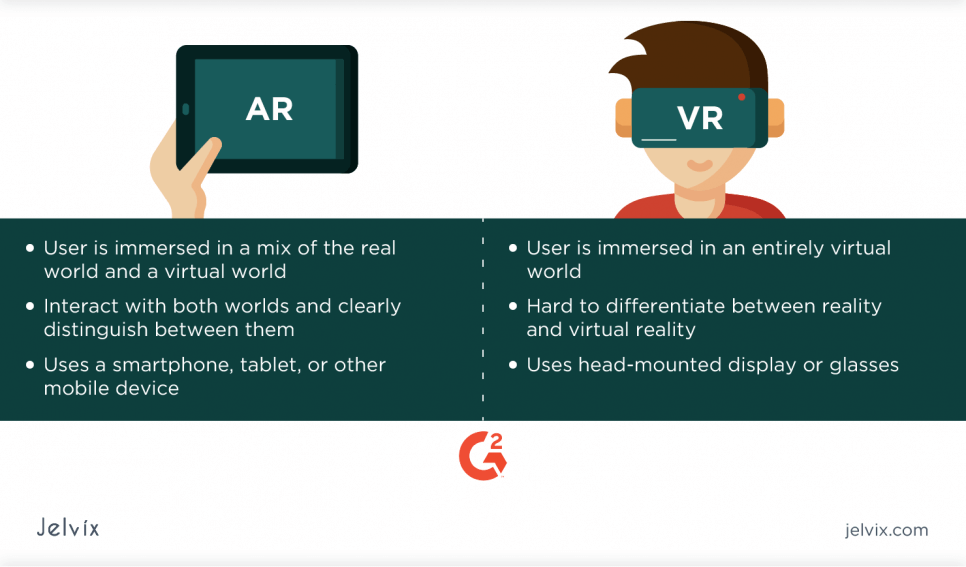 There are times when people get confused while differentiating between Augment Reality and Virtual Reality. Here are some basic differences to help you sort them out:

It is important to note that AR and VR can utilize similar hardware such as head-mounted displays to offer users a unique experience. However, the majority of AR applications utilize real-world environments that are augmented through a digital interface. However, in VR, users’ experiences are heavily based on virtual environments that can only mimic real-world settings.

Apart from business use cases, augmented reality itself holds a lot of potential to aid humans across the planet and experience a wide variety of benefits such as: 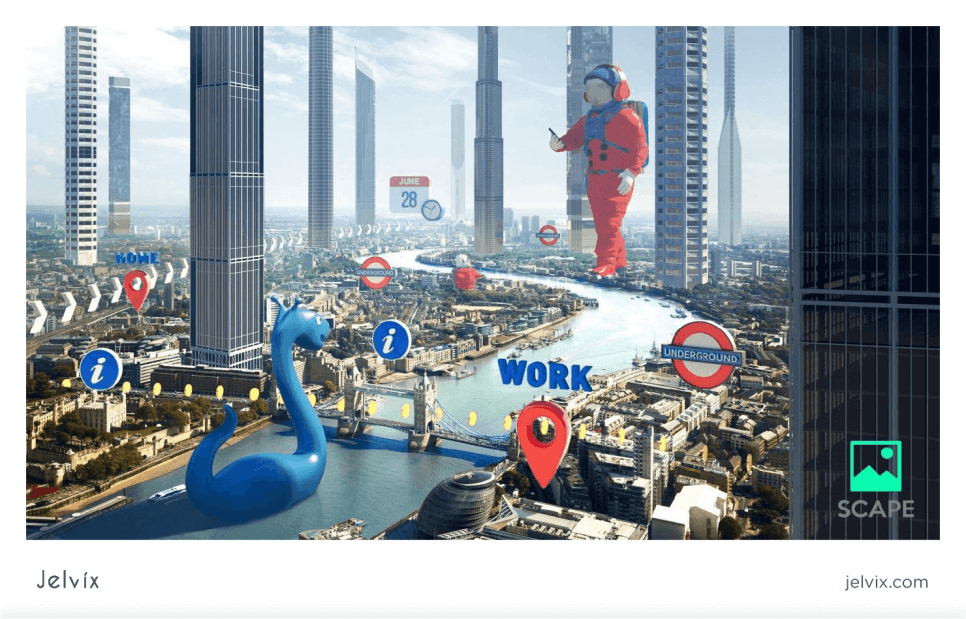 One of the most significant advantages of using AR is providing users with interactive media that can be used to build engagement and interfaces that they can interact with easily. While the development of such a technology may require painstaking efforts, the result is a user-friendly experience that people can immerse themselves in and find entertaining.

As we are human beings, our ingenuity knows no limits. Hence when people experience new environments that include augmented reality elements, it can help spark creativity. This can also be used to provide therapy for drug abuse, such as in Renew Recovery, a treatment center in Louisville, KY, that uses AR to fight alcoholism and drug addiction. 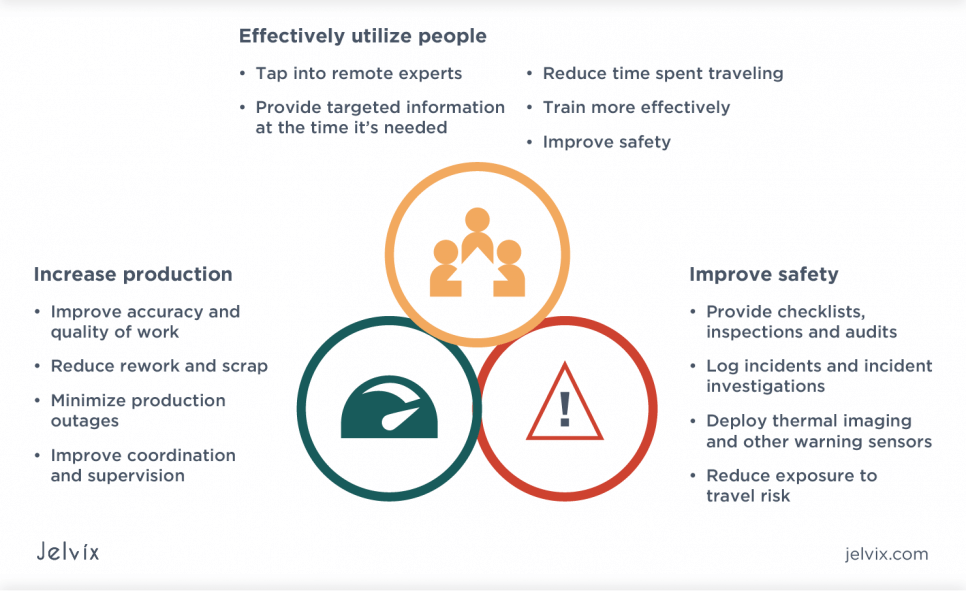 One of the greatest gifts of implementing augmented reality is that it can help reduce costs and risks associated with performing dangerous tasks in hazardous environments. A lot of people worldwide work in environments that can pose a serious risk to their health and well-being. Having augmented reality aiding them along the way, they can make better decisions and stay out of trouble.

Furthermore, augmented reality can also help employees train and learn about safety and precautions. One fine example can be taken from NASA using AR & VR to train employees. This also includes repairing equipment in outer space.

It will be easier for anyone familiar with the 2013 film ‘Gravity’ starring Sandra Bullock and George Clooney to understand how difficult and life-threatening outer space work can be, where the margin for an error is a bare minimum. 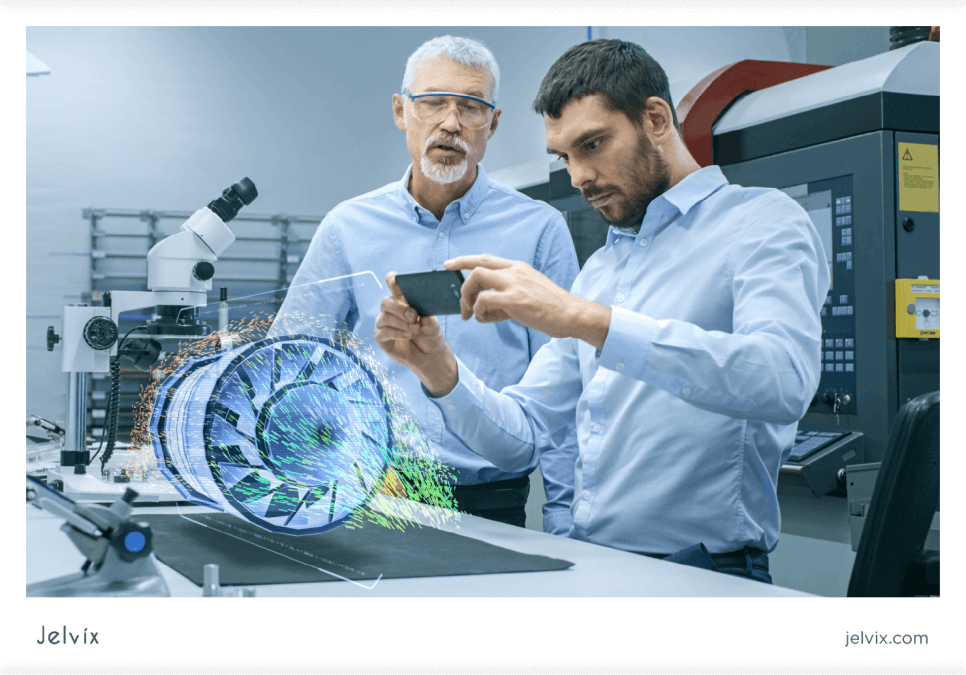 Without any doubt, AR holds a terrific opportunity to provide learning to people. While it isn’t quite offering a hands-on experience that can help individuals acquire new skills and sharpen their aptitudes, it is indeed considered one of the best in offering experiential learning.

This would allow them to acquire best practices as well as become more intrigued about their subjects and topics. One fine example can be taken from Blippar, a UK-based firm, which offered Cisco workers support to install different machine parts with the help of an AR overlay on top of the actual device. 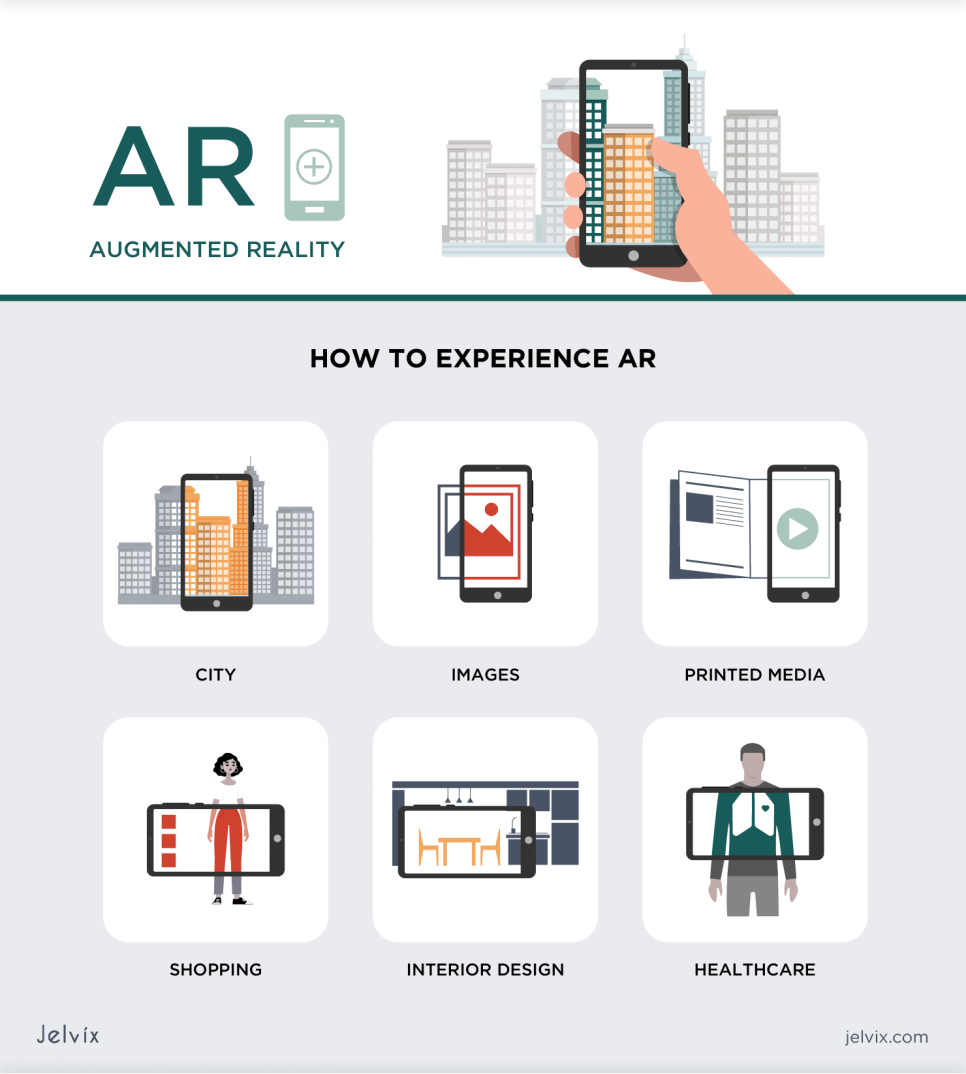 Like with any new technology, AR can be considered for new and exciting integrations in the current technological ecosystem that we have created over the years. This can include various new integrations such as: 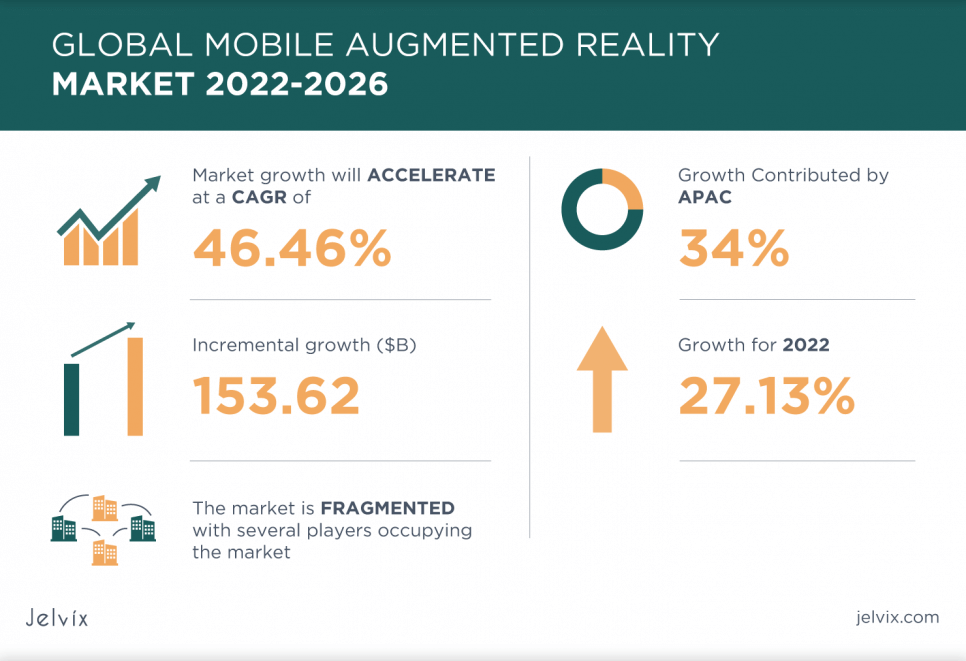 When we overview the global Augmented Reality Industry, we find fantastic iterations of projected growth, popularity, and expansion. According to a recent study by Statista.com, the projected growth of the augmented reality market from 2017 to 2025 is estimated to be over $195 billion.

Major players in the augmented reality applications market include: 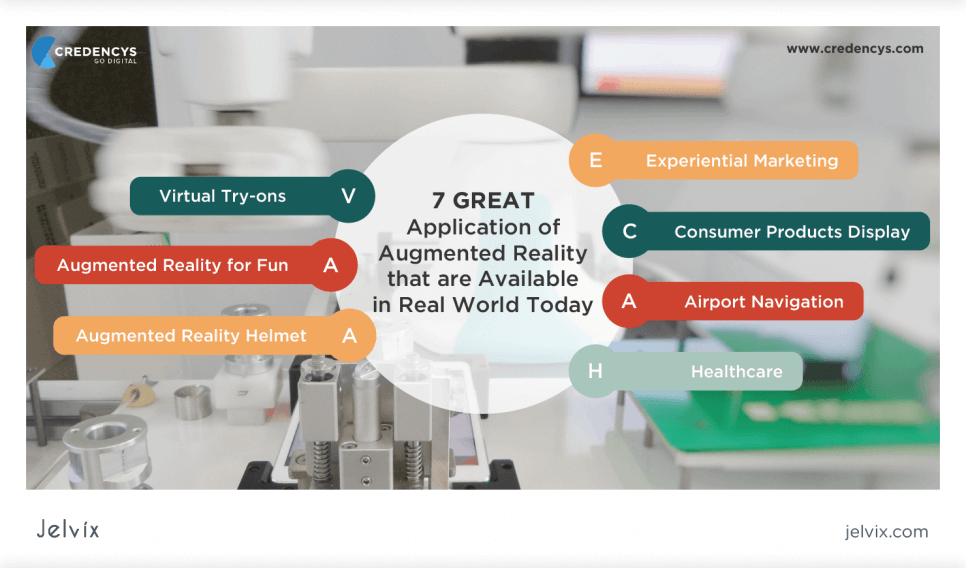 Top applications of augmented reality technology at present and in coming years include:

The Power of Augmented Reality for Business 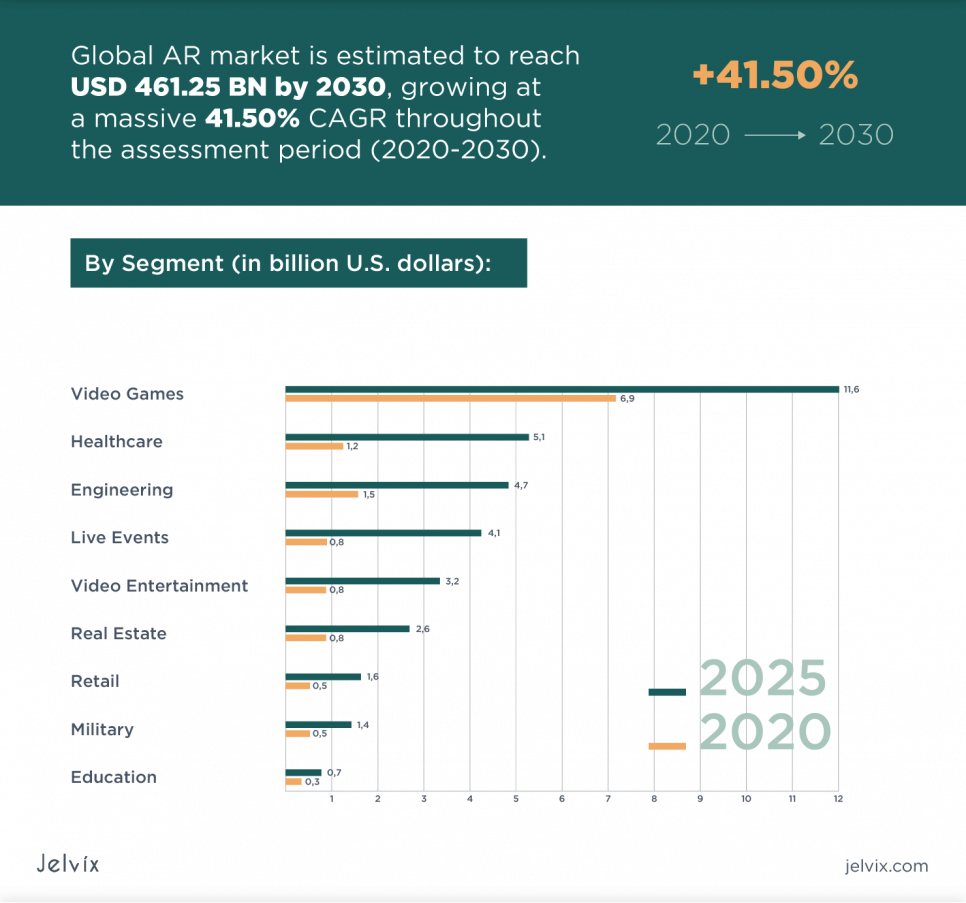 Augmented reality will have astounding breakthroughs for businesses to acquire their customers’ attention and provide them with a lasting appeal. There are various fascinating ways that augmented reality can transform how ventures do business, and as such, it will bring about major shifts in the future of consumer behavior.

Here are some ways how augmented reality can unlock the possibilities for businesses in the coming years: 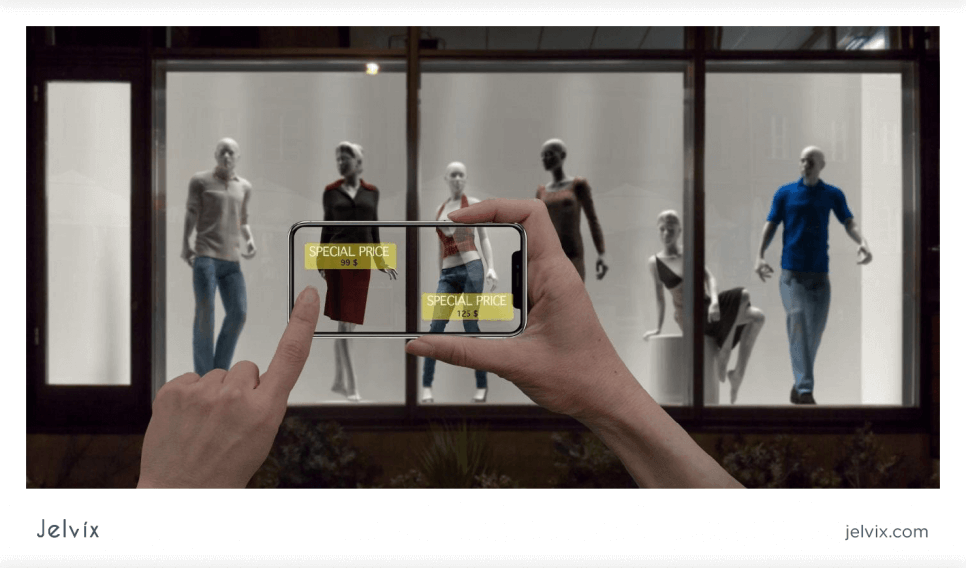 By far, the retail industry is the most eager to deploy augmented reality applications to deliver unique and differentiated customer experiences. This will allow them to engage their clients in newfound ways and gather insights from them to further the scope of their promotional and marketing strategies.

In short, augmented reality will deliver a playground effect for customers and provide creativity in the purchase journey. This heightened customer engagement and greatly anticipated satisfaction will help achieve informed purchasing decisions and valuable insights for organizations. Some common examples from the current era include: 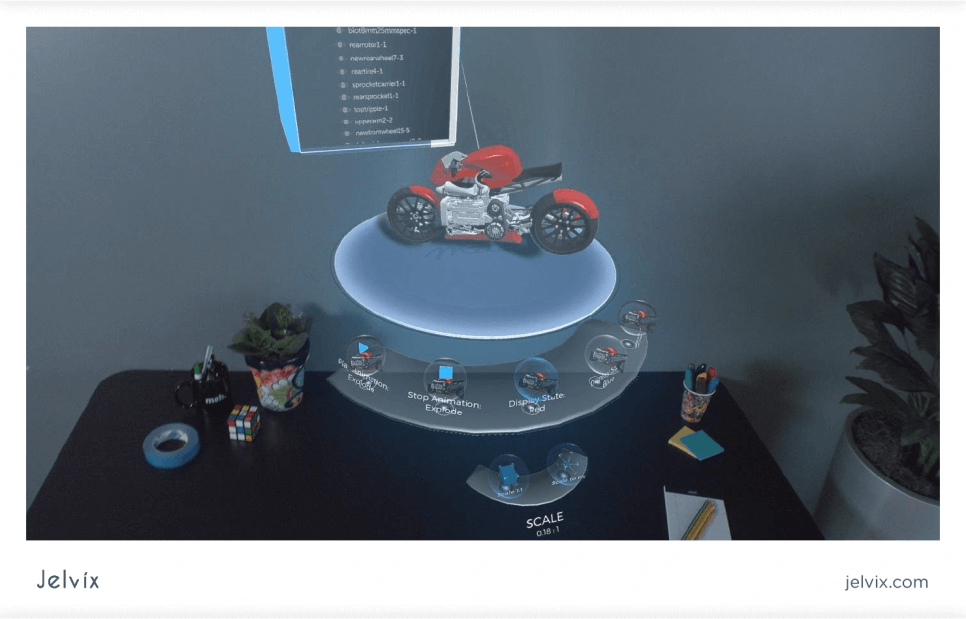 Another great way businesses can utilize augmented reality is to help them in developing designs and workable models for their products. In fact, these can be taken up a notch to deliver unique solutions for businesses to deliver highly customizable duplications of their most popular items to provide personalized experiences for loyal customers. Think about promotional items and giveaways for celebrating loyal customers. Wouldn’t that be a nice touch that would grant terrific impressions? Here are some recent examples that are already putting AR to good use: 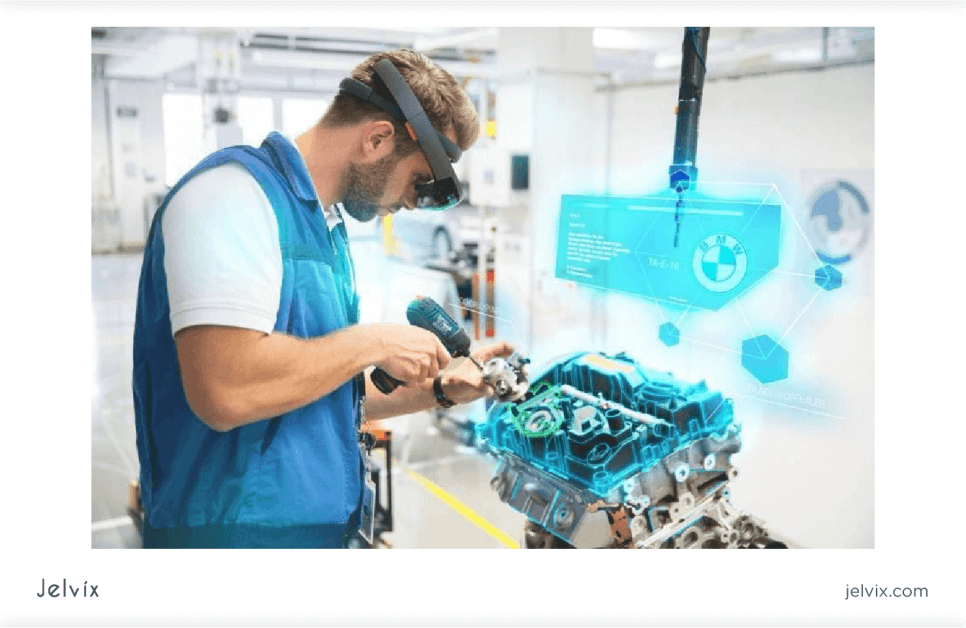 Industrial and manufacturing applications for AR include: 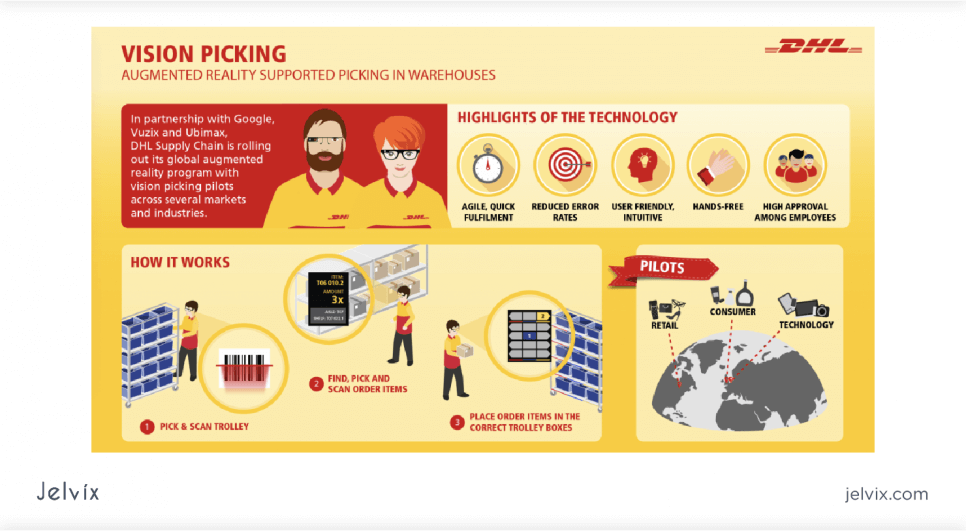 Applications of AR in logistics and supply chain include: 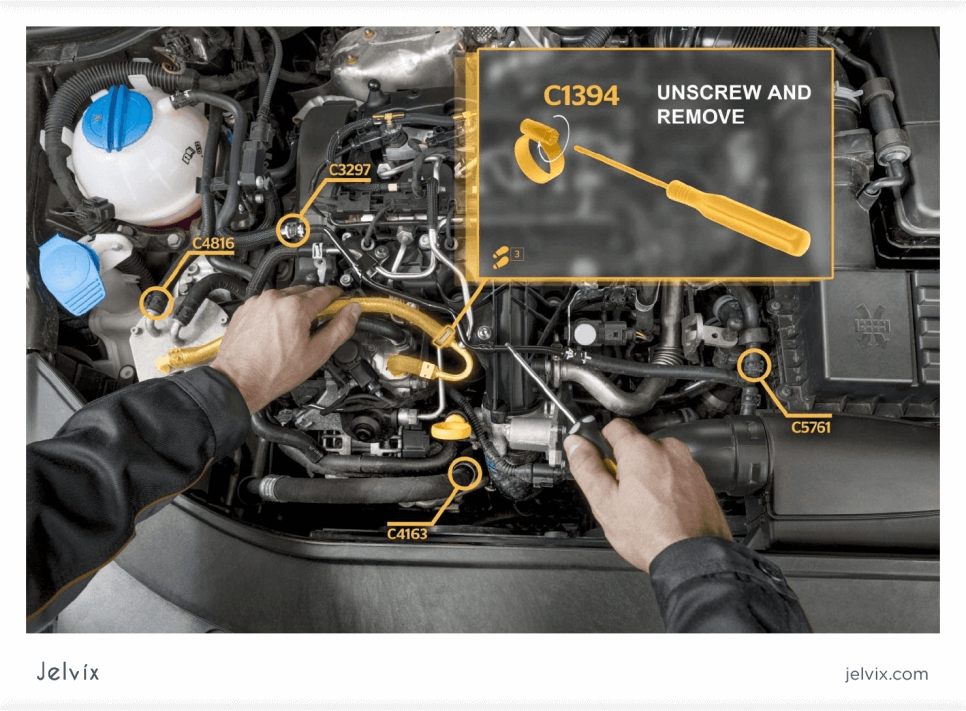 There is a variety of applications and methods through which AR can be utilized to follow up with the repair and maintenance of business equipment, machinery, and products. This can include:

Who can forgo the outstanding potential AR holds for training employees and offering them the opportunity to acquire new skills for professional development? Here are some use cases: 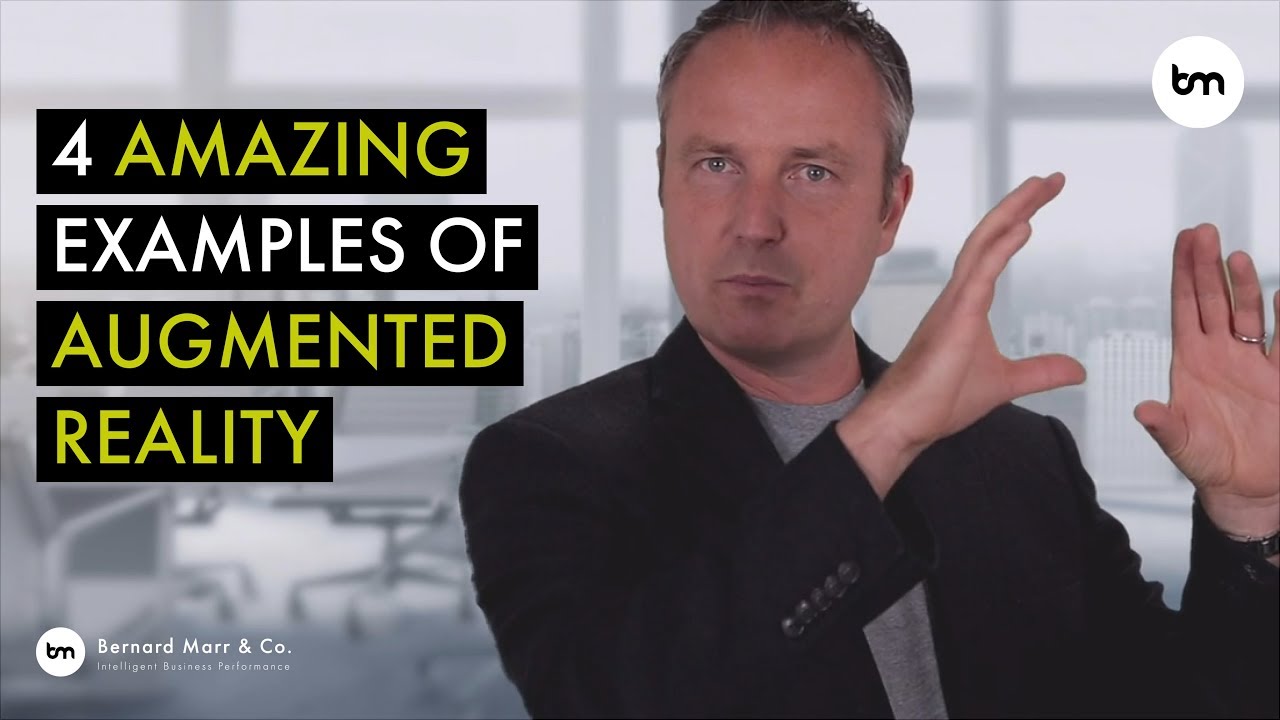 Here are some common uses where augmented reality can make businesses outshine rivals and gain a competitive edge in their niche markets:

People are addicted to their smartphones and computing devices, and this is where AR can be observed to have the greatest impact on people across the globe. We find movie watchers horridly securing IMAX tickets for the latest films to experience 3D entertainment. Likewise, there is a huge market out there that businesses can tap into and offer entertainment-based applications for users. Some prominent examples include: 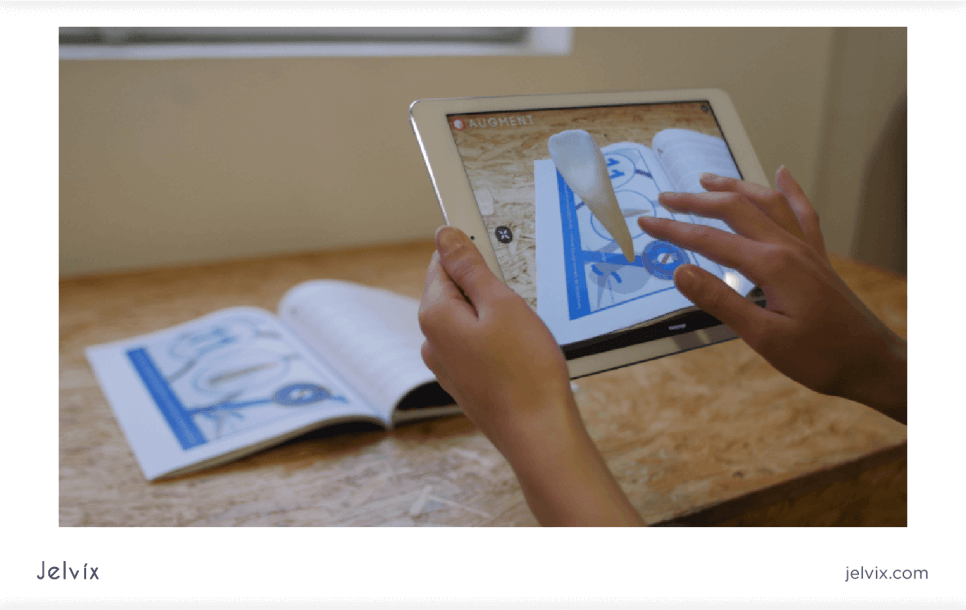 When we talk about educating and training employees, we simply cannot forget how AR holds the potential to bring improvements to classroom sessions and lessons. Some examples include: 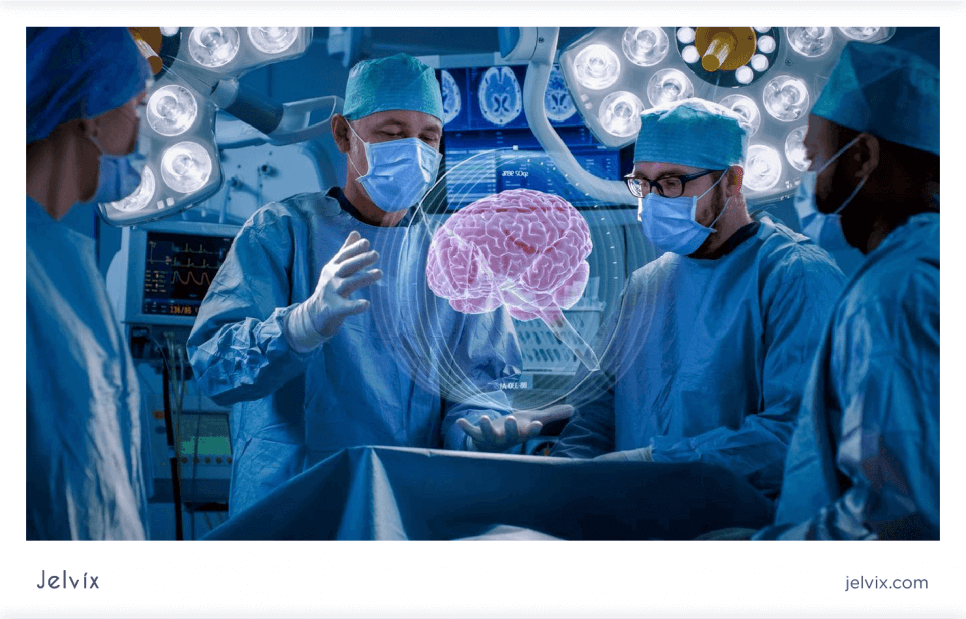 Some major benefits for deploying AR for medical training include:

Read our overview of the best tools for augmented reality development. 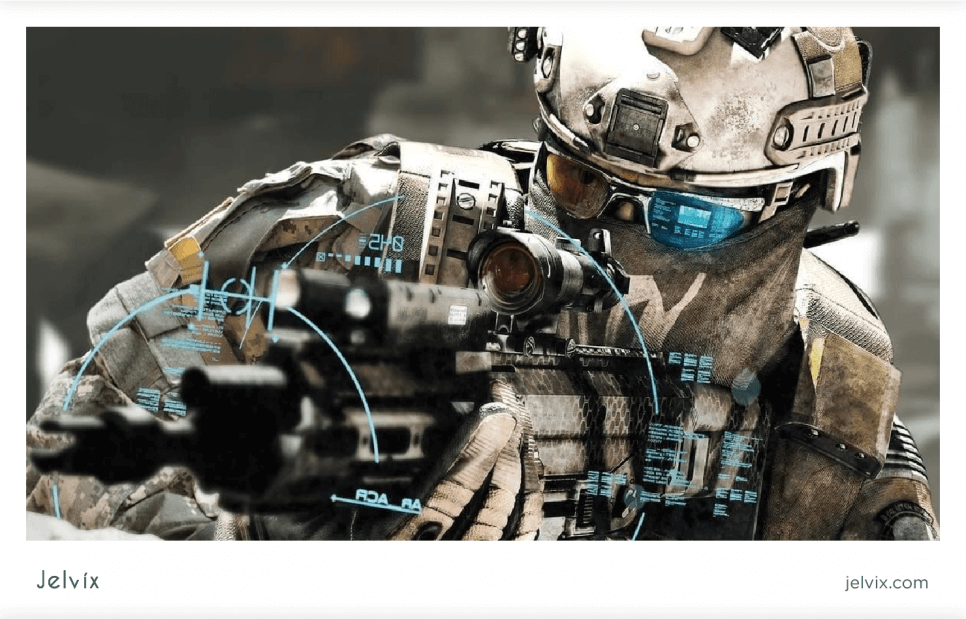 There is an actual initiative by the US military itself rather than a commercially available interactive feature that is using AR to train soldiers. The US Army Synthetic Training Environment (STE) team is currently developing a massive program based on virtual reality under the direct guidance of the USAASC (US Army Acquisition Support Center).

The USAAC is a part of the Assistant Secretary of the Army for Acquisition, Logistics, and Technology (ASA(ALT)) and is headquartered at Fort Belvoir, Virginia. The program will focus on the development of advanced simulation technologies that will incorporate some gaming elements and features.

However, the basic aim is to enable the highest level of warfighting readiness and provide Units and their Soldiers with valuable feedback and intelligence to train together from any part of the world.

Additionally, the STE will not only deploy virtual reality but also include a blend of other emerging technologies, including artificial intelligence, augmented reality, and big data, to name a few. This is much bigger than any game out there, in our opinion, this program takes the top spot on the list. 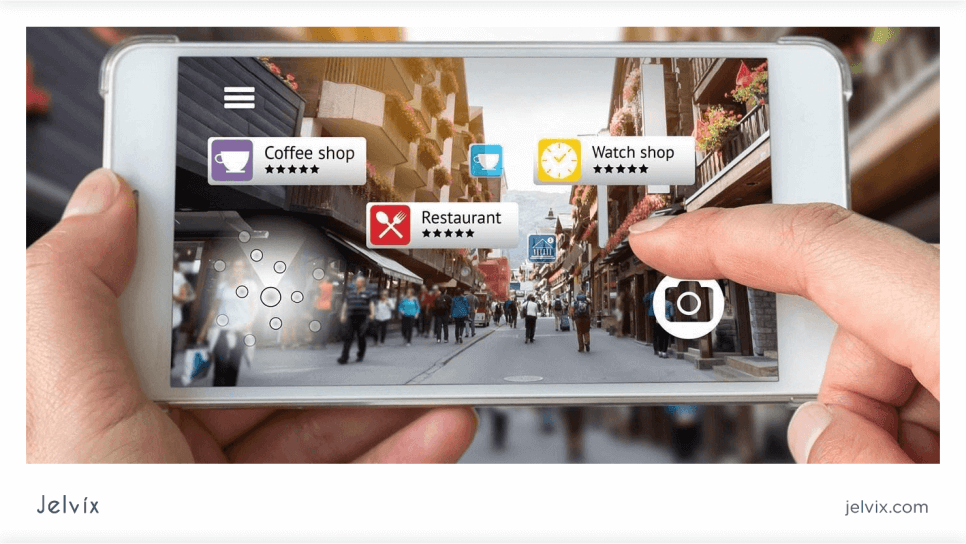 There are travel and tourism companies out there who are gradually working up to the possibilities AR holds to promulgate their business image. The Hub Hotel from Premier Inn, for instance, is a British resort that offers wall maps in its hotel rooms that are compatible with augmented reality apps. When viewed through a smartphone, these maps provide additional information that is valuable for travelers and tourists. 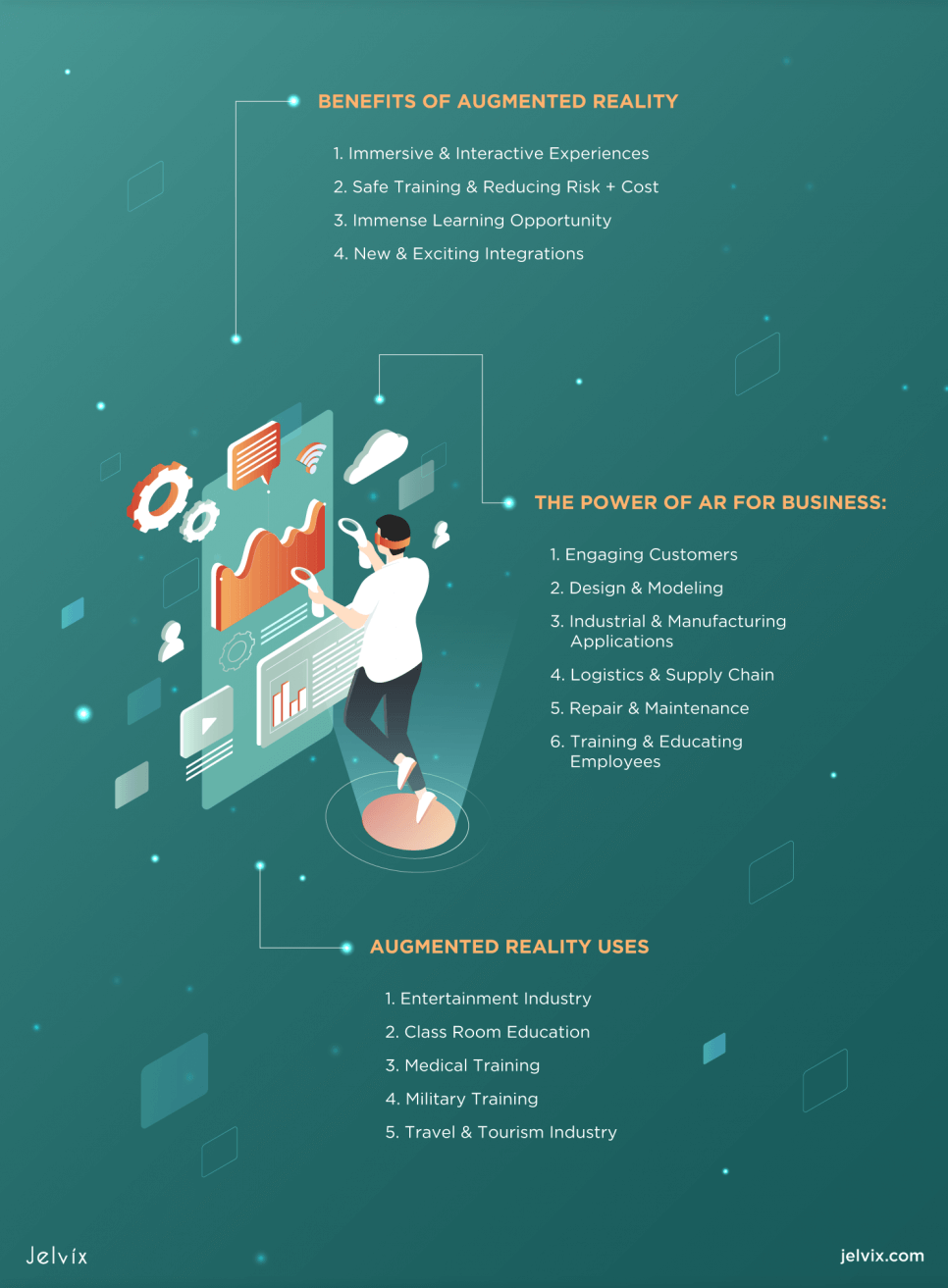 Augmented reality and its application for businesses are on the rise. In the coming years, we will see widespread adoption of this technology to create unique customer experiences as brands will learn to use AR to distinguish themselves among competitors.

Furthermore, AR will be used to deliver incredibly satisfying immersive experiences for users that can leave a lasting impact on audiences. Despite the progress already made in the present times, the future holds a lot of potential to use AR in different and diverse ways. Hence, there is a lot of room to explore AR’s full potential and where it could lead us in the coming years.

Claudia Jeffrey currently works as a Sr. Research Analyst & Digital Evangelist at Dissertation Assistance. This is where higher education students can acquire professional assistance from experts specializing in their field of study. During her free time, she likes to catch up on all the latest tech developments around the globe.

ERP vs. CRM: Which Software Your Business Needs?

E-Commerce vs E-Business: A Comparison Guide

Augmented Reality Ads as the Hottest Trend to Follow