Automation Testing tools are now evolving faster than ever before. All the top tools for automation testing are now moving in sync with Industry 4.0, incorporating artificial intelligence, predictive analytics, ML features, etc., embedded in them. The tools are getting smarter with digital transformation. This article mentions 10 high-edge tools that your team can use.

Apart from a wide range of programming language support, these tools also offer scriptless solutions, making automation development easy for anyone. This era will see many more manual testers moving into the Automation Testing careers thanks to the new advances in the tools. This advancement of technologies has made the work of QA engineers much more comfortable and exciting.

Not only that, most of the tools now support integration with your existing continuous integration CI/CD tools. Many of the automation tools are also cloud-based and support cross-platform, cross-device, and cross-browser testing. The extensive test analytical reports embedded in the tools help the QA team assess the product’s health quickly. 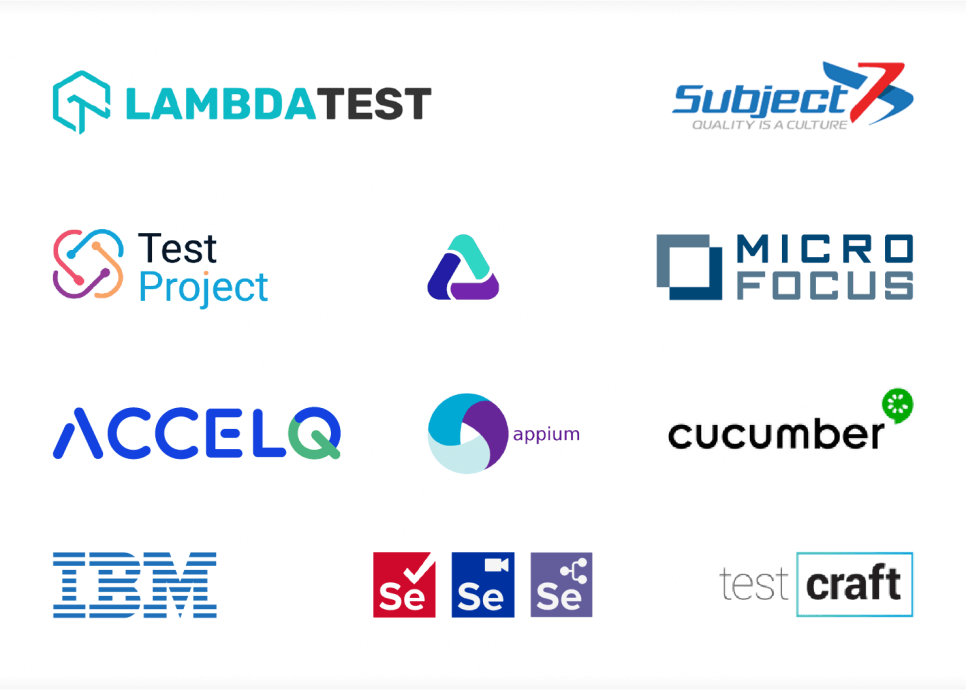 The following list is what we are discussing in this article. Any guesses which tools are included there? Discover now!

What Do the Industry Leaders Say Regarding Automation Testing?

The Industry leaders have been motivating the QA community to move towards automation due to the apparent advantages. Take a look at what Sandeep Johri, the Tricentis CEO, says:

As understood from the quote above, though we have advanced in so many areas of technology, the fact that we continue executing tests manually is just baffling. Enterprise companies need to move in sync with the technology advancements in automation testing.

We have already chosen to adopt the Agile way of working and adopted DevOps as well. However, it is essential to understand that such powerful strategies do not conform to their integrity without automation.

Also, here is a quote by Jennifer Sepull, former CIO of USAA, who quotes the idea of why we need to automate to be in sync with the digital transformation:

Testing your systems manually will only cause bottlenecks to your processes. Time is a significant concern. In today’s world, everything ought to move quickly and efficiently – and this cannot happen if we continue testing manually.

Learn more about six major points of Software Testing Life Cycle and why STLC is essential in software engineering.

The tools that are mentioned below as the ten most popular ones are powerful in all ways. All these tools align with the Agile mindset, are DevOps enabled, and in sync with the Artificial Intelligence, and Machine Learning features.

The tools listed below also respect the fact that test data is an essential aspect of testing. No tests are complete without test data to drive it. Test data-driven development is enabled and encouraged in the tools.

Most of these tools allow you to integrate with the existing toolset, which is a boon to many QA projects. The tools being cloud-enabled also has made the availability of a wide range and types of resources more accessible and has helped in areas of increasing scalability. 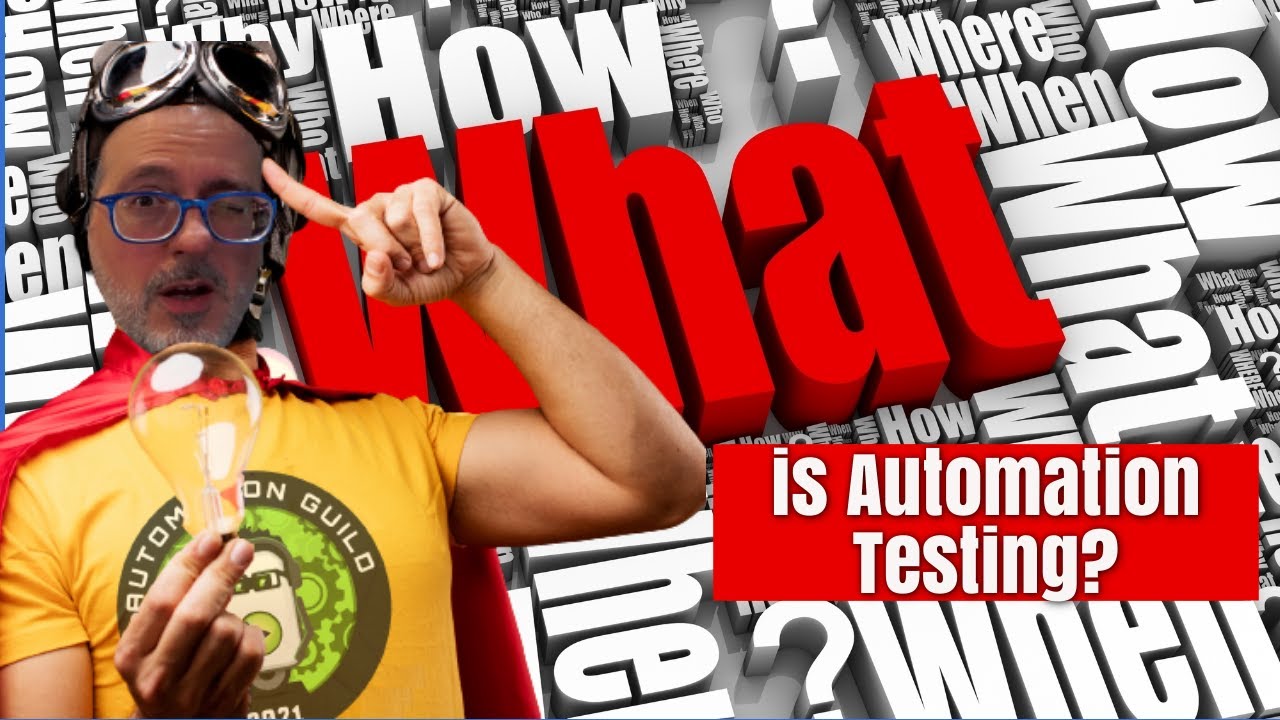 There are endless advantages of automation testing. Understanding all these advantages is essential for QA engineers to succeed in their careers. Let us explore the tools that are popular in today’s world.

This cloud-hosted tool is free and can be used for several types of automation testing requirements. Tests can be associated with web apps, mobile apps,  and APIs. It can be used throughout the lifecycle of the project from start to end.

The Cross-platform support is vast – it works with several operating systems, devices, browsers, etc. Cross-device and browser support is powered with the help of BrowserStack. It supports open-source SDK (associating with Python, Java, and C#)  and code-free Automation Testing development by providing the Smart test recorder.

One more beneficial feature is the mobile screen mirroring, used for the Mobile app testing. This feature provides full control over your mobile device once you connect your device to your machine via a USB cable. Being a community-powered tool, it has become popular among developers building  Automation Testing.

Microfocus’s UFT helps with functional testing on enterprise applications for Web, Mobile, and API, hence incorporating end-to-end testing. The primary language supported by the IDE of this tool is VBScript. It also supports JavaScript, Windows shell script, etc. It allows parallel testing and cross-browser coverage. This tool also makes use of artificial intelligence power, making it a resilient and intelligent test tool.

It holds features like advanced object recognition, image-based and machine-driven testing, and image and text analysis. It also supports synthetic data creation associated with the tools of artificial intelligence. This feature helps reduce the time in creating functional tests and maintaining them, parallelly ensuring test coverage.

RFT by IBM enables Automation Testing in functional and regression areas, and GUI testing. The tool integrates with other tools like RTC by IBM and RQM by IBM. It also combines with IBM Jazz integration to support collaborative application lifecycle management.

Test scripts can be built using Java or Microsoft Visual Basic .NET. Their recorder allows customizations and intelligent script maintenance abilities. Advanced ScriptAssure technology is also pretty useful for the automation developer by minimizing the rework when making applications change. It helps to locate objects during test execution, even if the items have changed since test creation.

Selenium integrates the IDE, Webdriver, and Selenium Grid. It is an open-source framework making it free for all. It can automate across cross-OS and cross-browsers. You can use several programming languages to create the test scripts. Selenium’s record and playback feature can be enabled on the Selenium IDE in the browser.

The Selenium IDE has a Chrome and Firefox add-on that will do simple record-and-playback of the interactions with the browser. Selenium Grid enables scalability helping you test against a vast combination of browsers and operating systems.

This Codeless cloud-based tool is a boon for those who do not want to use code for developing Automation Testing. Even in the case of complex and dynamic applications, there is no coding required. Cross-browser and cross-platform executions of tests on the cloud or on-premise labs can be performed.

It boasts artificial intelligence and ML as the core, with predictive analytics for Web and API testing. Scripts can be built based on Automation Testing logic, which is written in plain English. Self-healing artificial intelligence technologies are also a part of the tool. It is supported by Agile Test Management, allowing integration with CICD Tools. It seamlessly integrates into DevOps tools like Jira, Bamboo, etc.

The specialty also includes an artificial intelligence-based Unified platform for continuous delivery. It has intelligent test management and change management unit. It also supports API Automation Testing along with UI end-to-end validation – all in one unified flow.

The tool ensures a design-first approach with inbuilt modularity, where there is no need for custom frameworks. It incorporates test asset management & inbuilt traceability with requirements. The tool’s analytic-based algorithms drive automated Test Planning, ensuring full test coverage. It also has Salesforce no-code Automation Testing on the cloud.

Manual testers can automatically generate Selenium code. QA testers can use Selenium’s power features without any complexity, and even by still ensuring it to be code-free. CICD integrations support GitLab, Jenkins, TeamCity, etc. It also supports Selenium-code libraries, Shadow DOM, iFrames, and more.

This tool is also an entirely zero-coding platform used by developers and business-based testers who create tests through the web interface. Anyone with basic QA knowledge can create and execute Automation Testing and built scripts utilizing the tool’s web interface. The developer-building automation can interact with the web and mobile, web service calls, and backend verifications— all in the same test case.

It does it through Selenium, Appium tool, JMeter, and others in the core of the tool. Subject7 holds the Smart XPath, which is an extension that can be added to Chrome. DevOps pipeline integration is enabled as well. The tool supports hosting on several types of cloud. It allows integration into several DevOps platforms like JIRA for Automation Testing in real-time. It also supports the load, security, accessibility testing, etc.

With this tool, websites can be tested in a live interactive plus automated way on above two thousand browsers, OSs, and extensive browser coverage. You can try for Geo Targeting across 27+ countries. Languages supported are PHP, Python, JavaScript, Java, C Sharp, Ruby, etc.

Integrations with CICD Tools are also possible. With the SmartUI feature, one can perform visual regression testing on their layouts and identify bugs with a single click. It also supports Integrated developer tools and automation test logs to help debug issues.

Cucumber is a testing framework written in the Ruby programming language. It follows the behavior-driven development methodology. High-level use cases can be reported in plain text and can be verified by non-technical stakeholders. This has turned into executable tests, written in a language called Gherkin.

The language associated with Cucumber, i.e. Gherkin, is non-technical. It is human-readable, which describes the use of cases relating to any Information technology software system.

In the case of mobile-specific automation, Appium is an open-source automated testing tool primarily used. It works for all mobile web apps for iOS and Android on devices that are real, emulators, and simulators.

This tool aims to automate any mobile application from any language and any test framework, with full access to backend APIs and databases from test code. Importantly, Appium works cross-platform. The test can be run on multiple platforms, using the same API. Their  AI-powered element-finding plugin is excellent as well. The tool integrates with DevOps-based tools like Jenkins, etc.

This article provides a brief list of the most popular tools for automation available in the world of Automation Testing, which has evolved the goals of digital transformation.

Most of them operate on the record playback features to help QA engineers build scripts without much manual intervention. Thanks to the artificial intelligence enablement in most of the tools, we have seen how automation testing has become much easier to build and power.

Automation Testing companies who build these automation tools even host internal discussion forums and webinars and encourage open-source development. Hence, due to community involvement, tools are seeing frequent powerful and useful updates in their toolset.

In the test community, we need to start interacting more in forums, webinars, etc., to share ideas and views, thus helping build a strong community. The result will be more powerful tools as a future benefit.

Why perform manual testing when we have such robust tools for automation to use to our advantage? What a significant era to be in!