When it comes to software development testing, people commonly consider only unit testing. It makes sense, given that it is one of the most viable infrastructure testings that can also be automated.

However, a well-known unit test is not the only meaningful test required to ensure that the outcome of a project is optimized and workable. There is also integration testing, which seems similar.

In this article, we will give you a comprehensive overview of them and discuss their differences. Let’s get started!

Why does Software Testing Matter?

While many prefer the “code fast, break things” approach, having a testing strategy and process in place is something you should develop and implement long before your software gets into the hands of end-users. This is especially true when the development of one piece of software is divided among multiple programmers or teams.

Making sure it all works in tandem without any components breaking the functionality of the others is not an easy task. This requires various kinds of tests performed by several stakeholders in the process at different stages of development.

What is Unit Testing?

This type of testing is concentrated on one part of the entire app in total isolation. Usually, it’s a single class or function. Ideally, the unit does not have any side effects. So that it can be isolated and tested as easily as possible.

Sometimes the required level of isolation is out of reach for DevOps. In this case, testing is getting more complicated.

Moreover, other factors restrict unit test abilities. It’s impossible to test private functions in programming languages ​​with access modifiers. Special instructions or compiler flags may help to handle these borders. Else you need to apply code changes to make these limited accessible. 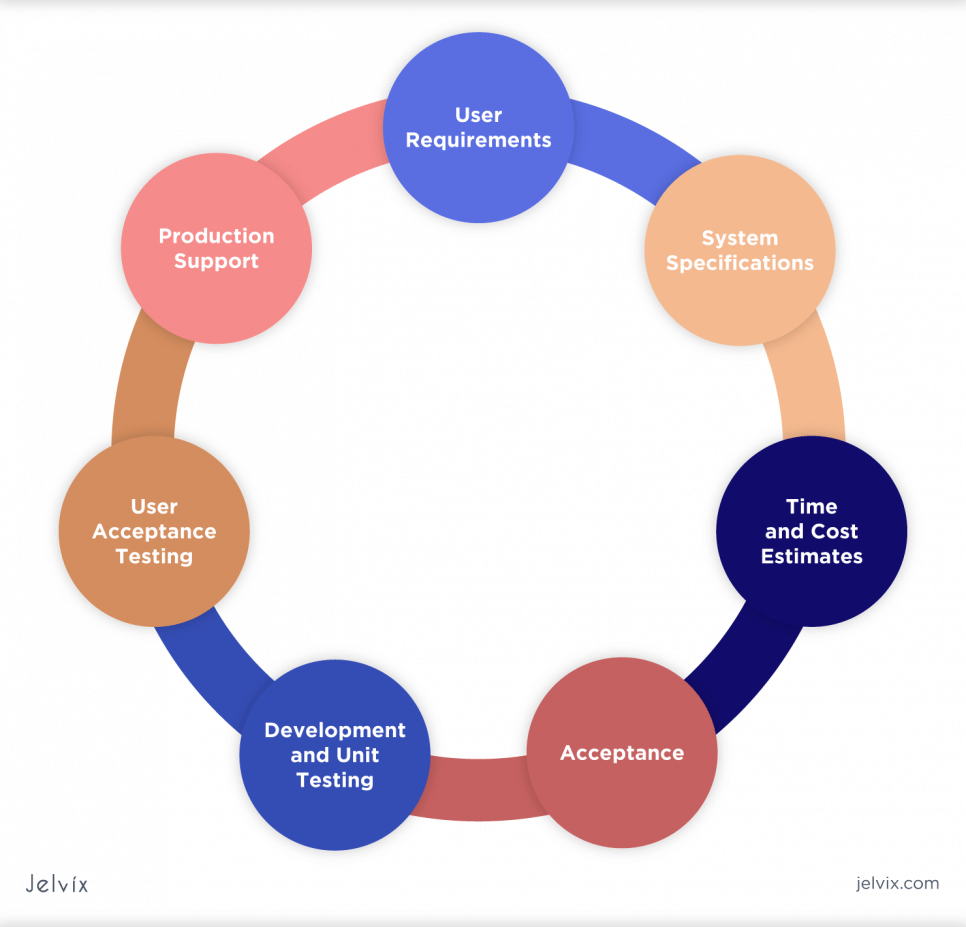 The execution speed is the critical factor in selecting unit testing over others. Because these tests should not have side effects, you’ll want to run them accurately, without any other system. Ideally, this does not include dependencies on the basic operating system. Some dependencies may exist; others — can be replaced to ensure isolated testing.

While it may look attractive, it has notable flaws. The specification must be accurate, and test authors have to be aware of the conceptual side of implementation. This requirement goes against the principles of Agile.

Many teams treat unit testing as something senseless in a busy tester’s work routine. Since it takes some time, project managers often prefer to skip this stage. 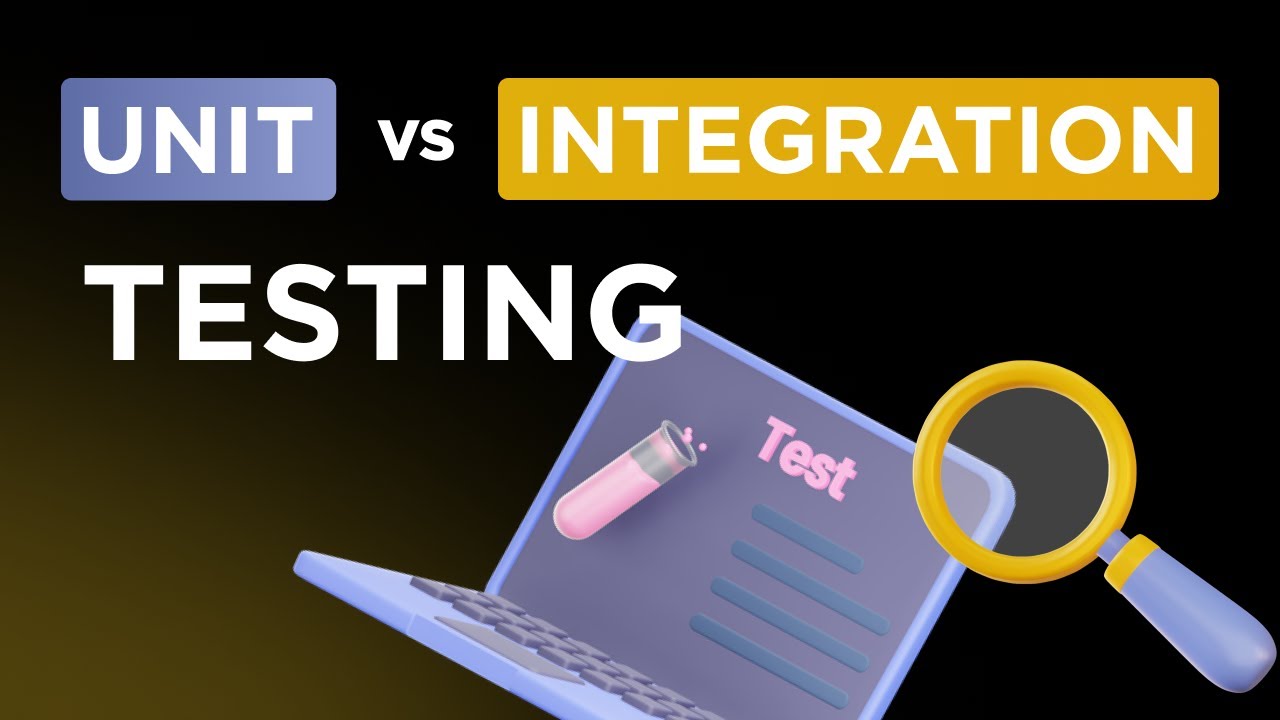 The truth is that testing should be integrated into the development routine, as it is relatively affordable and easy to do. There are many pros to this approach, and here are just a few:

Early and frequent testing is a proven way to decrease testing costs. From the Jelvix team’s experience, fixing a bug in the early stages of development is about 4-5 times cheaper than returning to it after the product’s release.

Unit testing helps to verify the performance of the underlying code, offers a detailed description of the behavior of the module in the form of test documentation and logs, and increases confidence in the functionality of the core code among the technical team, as well as acceptance of the system by project stakeholders.

Unit tests help maintain code and identify defects that violate design contracts. It helps improve the code’s design, encouraging developers to build a consistent code interface and ensuring that each component can be tested.

By doing unit testing, coders don’t have to manage layered interfaces or write complicated test cases. Usually, most unit tests are performed in an automated environment and do not require a high level of concentration.

Check out successful business tips that help pave the way to the top of the qualitative services and good revenue.

What is Integration Testing?

As its name suggests, integration testing checks the connection between two or more modules and can also, in some cases, cover the entire application. It is performed after unit and system testing in the end-to-end software testing process.

This methodology is common for large organizations that are not independent software vendors (ISVs). Their core business is not related to developing software, conducting integration testing, and ensuring that various off-the-shelf programs work smoothly without harming each other’s functionality.

There are three different approaches to integration testing. Let’s briefly discuss each of them.

The integration of blocks/modules is evaluated progressively from top to bottom. Individual blocks are tested by writing test STUBS. After that, the lower layers are gradually integrated until the final layer is assembled and tested. Top-down integration is a very organic process because it aligns with how things happen in the real world. 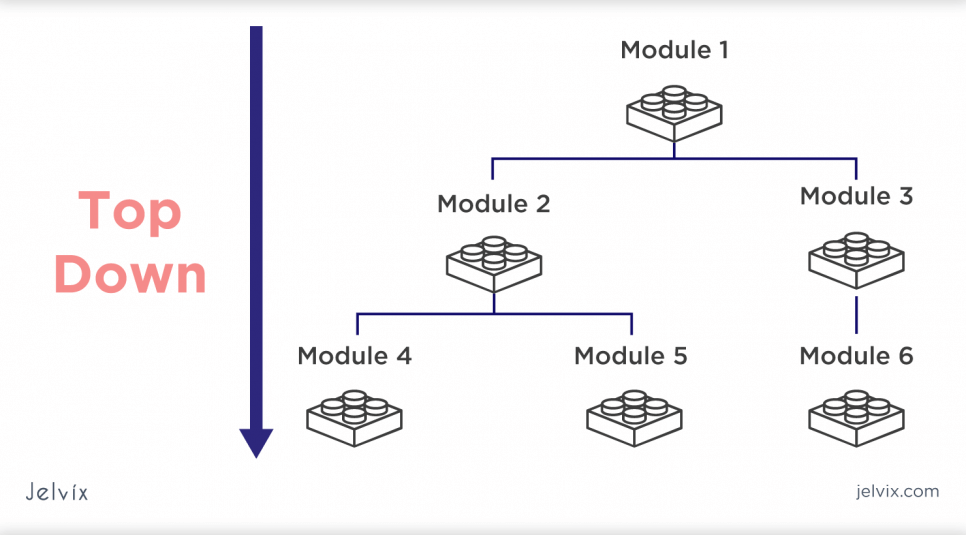 Blocks/modules are tested in ascending order until all levels of blocks/modules have been combined and tested as a unit. This approach uses stimulant programs called DRIVERS. At lower levels, it is easier to spot problems or bugs. The disadvantage of this approach is that higher-level problems can only be identified after the integration of all blocks is completed. 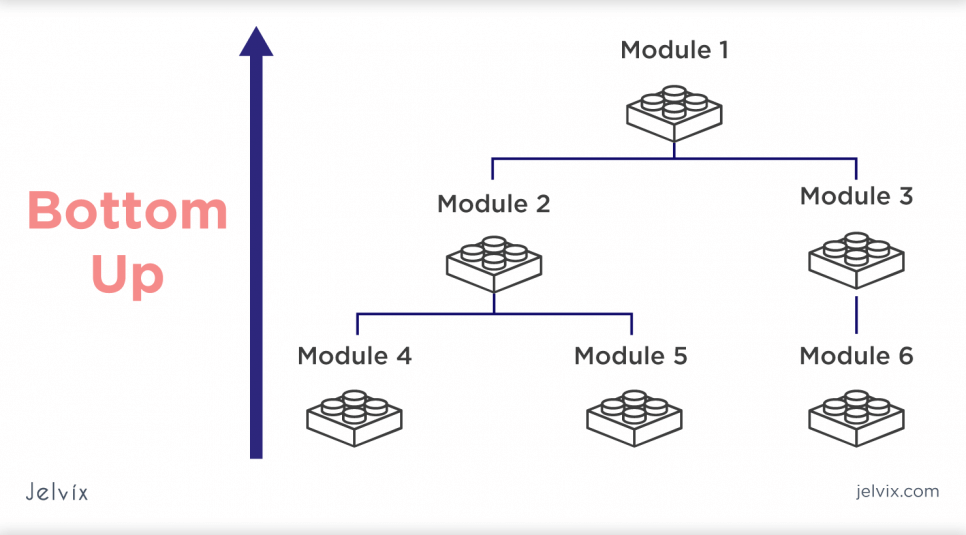 Integration testing is a necessity. It helps teams identify weaknesses and system defects at early stages and builds confidence in the product.

Here are some benefits of integration testing:

Integration testing has a broad scope, allowing QA specialists to test the entire system. The chances of missing a critical connection defect after a series of integration tests are low. In addition, the process is easy to follow.

Integration testing falls under system-level testing, as the tester must combine modules and verify that they work together. Later, the team will be able to better evaluate the system’s overall performance by moving on to the next step, system testing.

Implementing integration testing allows the project team to identify security and connectivity issues early in development. Thus, integration testing offers developers superior control over the product and promotes the awareness of vulnerabilities in the system.

Based on what we have just seen, we are ready to take stock. What are the differences and similarities between these two approaches? When should you use which? Let’s get down to business.

Let’s start with what is the same in the methods. They both require coding in contrast to forms of testing, which are based on screen recording, for example.

It’s possible to perform both of them using similar or even the same instruments. You should also add either unit testing or integrating testing to the CI/CD pipeline.

Unit testing is usually specific and tests a limited set of inputs and outputs within a single module. Otherwise, integration testing supposes that every single part of the system is assembled and tested.

The following table provides an overview of the difference between the unit test and the integration test. 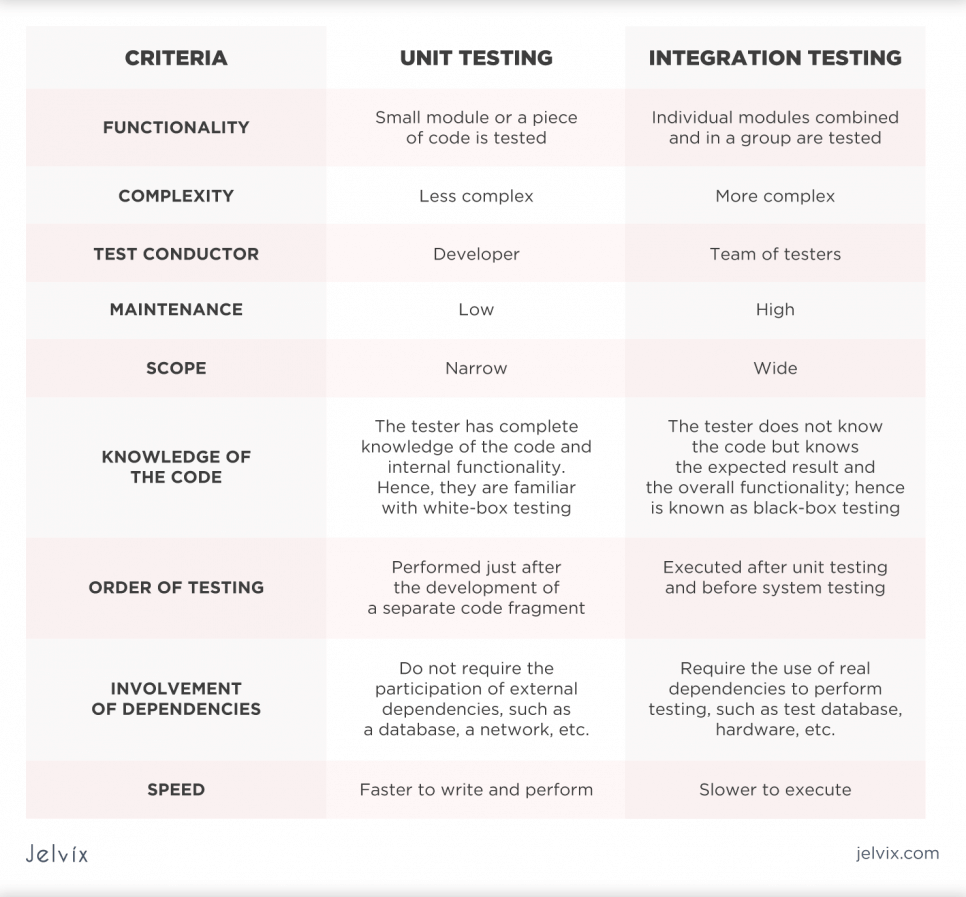 Both tests serve their goals and correlate with each other. Before any software is delivered to the customer, it is essential that each software module is working correctly and that the software as a whole is working correctly. For instance, talking about an eCommerce platform, log in, add-to-cart, and payment modules individually have to work seamlessly, and all modules should interact appropriately with the database and payment module. Therefore, to minimize the risk of failure, both tests should be carried out carefully and not be delayed.

Why is Integration Testing More Complicated than Unit Testing?

They are also more complicated to write because they require extra knowledge about the system under test and the interaction between its components.

However, if you are not doing integration testing, bugs may not show until the code is deployed and used by your clients. The best approach would be to use both types of tests to make sure your solutions work correctly before everything goes into production.

Unit Testing vs. Integration Testing: When to Use Which?

To get which approach suits you better, let’s look through The Test Pyramid concept. In simple words, it is a metaphor that tells us to prioritize fast unit tests over others. Although there are plenty of eventual variations, here is its common visualization: 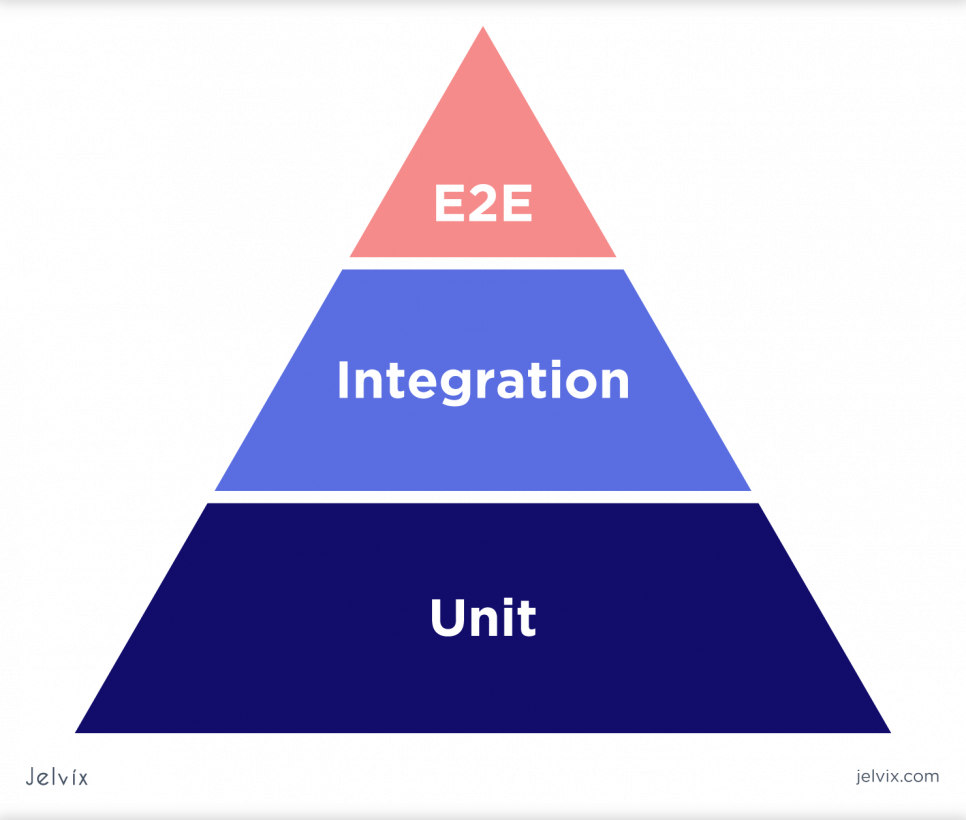 According to Jetbrains, 87% of coders include testing in the software development cycle. While 49% of coders use integration testing, unit testing is the most popular approach. 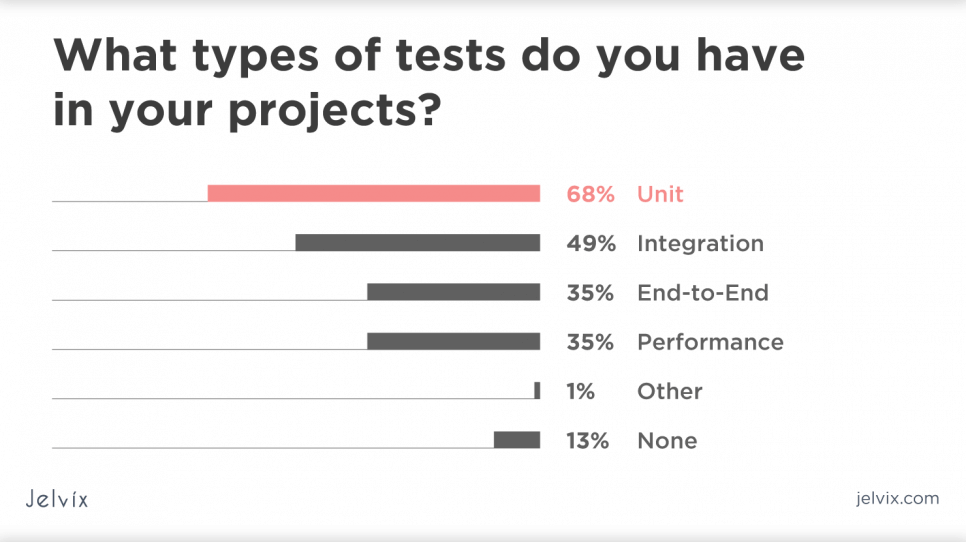 What About System, Functional, and Regression Testing?

The article’s title only supposes an overview of unit and integration tests, but we have decided to also go through three more types of testing to clear the situation up. Let’s dive into functional, system, and regression testing.

It supposes testing a software system against functional requirements/specifications. Its goal is to test each software application feature by providing the appropriate input and checking the output against the requirements.

Functional testing mainly involves black box testing and does not concern the application’s source code. It tests the user interface, API, database, security, client-server communication, and other features. Testing can be carried out either manually or using automation.

This is the testing level where tests are performed to see if a complete assembly meets its functional and non-functional requirements.

This practice ensures that an application still works as expected after any code changes, updates, or enhancements. 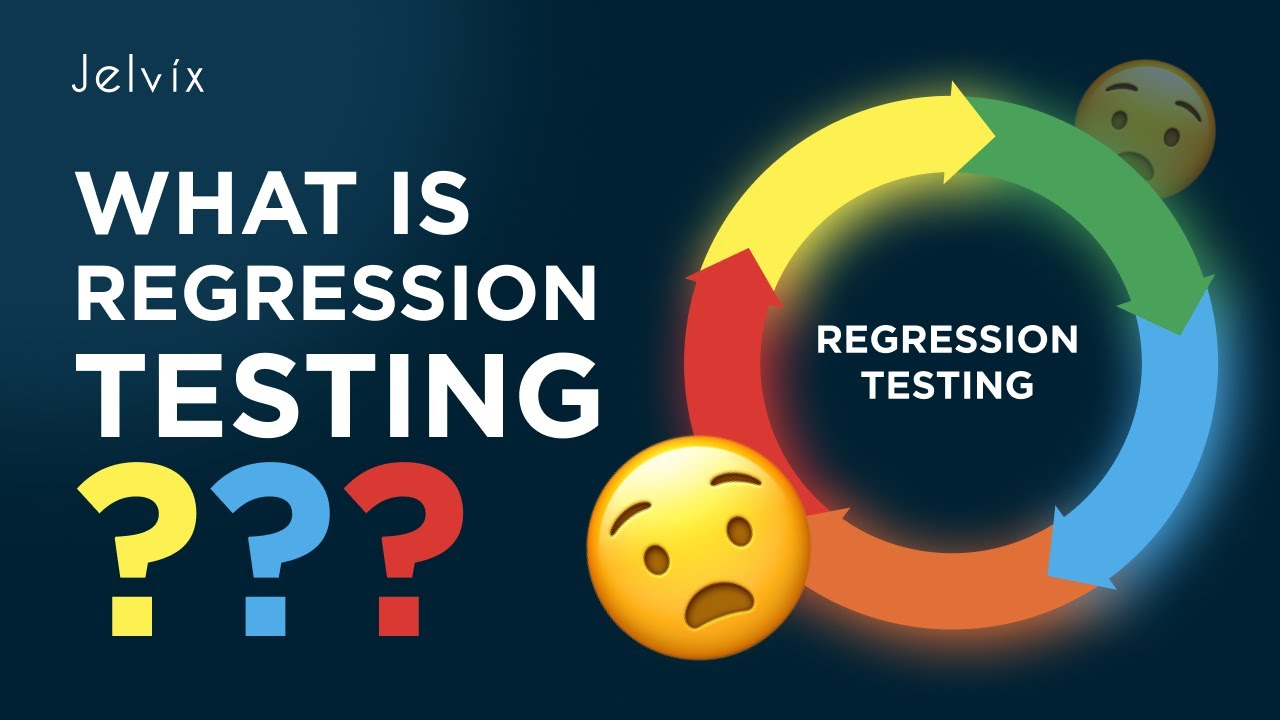 Regression testing is responsible for the overall stability and functionality of existing features. Whenever a new modification is added to the code, regression testing is applied to ensure that after each update, the system remains robust with continuous improvements.

Changes to the code may include dependencies, defects, or crashes. The purpose of regression testing is to mitigate these risks so that previously developed and tested code remains functional after new changes are made.

Typically, an application goes through several tests before the changes are merged into the main development branch. Regression testing is the last step to testing the product’s overall behavior.

System Testing vs. Integration Testing: How to Differ?

At first sight, system and integration testing look alike. But despite the resemblance, they are not the same. The real challenge is understanding the full range of conditions used to define system testing or integration testing. We will look at these test types’ concepts and clarify their distinctions. 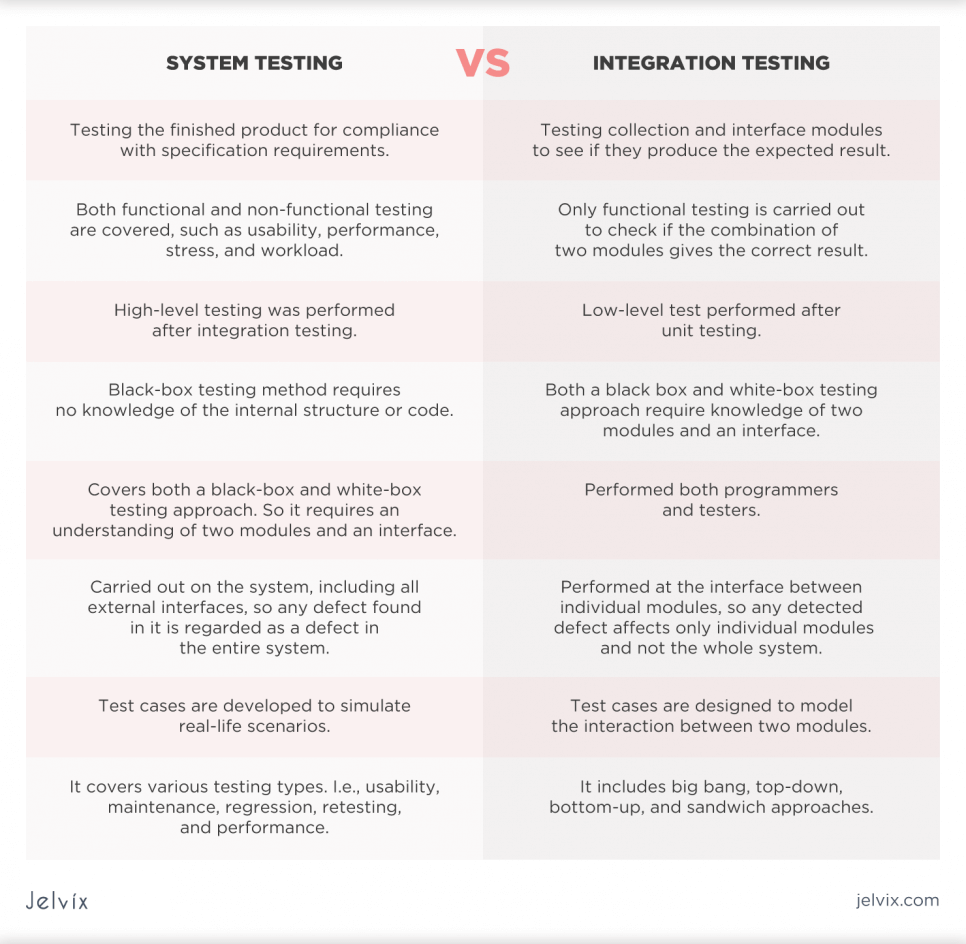 As it turned out, “vs.” is out of place in the title. These two approaches are not in competition: they supplement each other, and you need to implement both of them in your workflow.

Feel free to contact Jelvix if you want to build a robust solution to fulfill customers’ expectations.

The Ultimate Guide To Software Testing