People that have escaped from the dangers of the real world by digitizing all parts of their everyday lives are starting to realize that the Internet is no longer a safe place compared to offline. In 2018 we saw many catastrophic breakdowns caused by cybercriminals, and it looks like in the upcoming year we’re going to have yet more of them.

Fortunately, hackers are not the only ones who are working on their power arsenal – for several years, blockchain in cybersecurity has been growing strong and exploited in all possible industries. Although, the technology was used solely to store the cryptocurrency Bitcoin, its influence and impact have now spread across more varied areas. In this article, we’re going to talk about what Blockchain means in 2023, as give you some use cases for Blockchain in security.

Blockchain refers to a number of decentralized spread out networks with users throughout the world. The users contribute to the info field of the network. The role of blockchain in cybersecurity lies in cryptography and a sophisticated system of data verification – each piece of datum to be added is encrypted and verified by the members in three consecutive steps: private, public, and receiver’s verification keys. The process also involves using a mathematical algorithm to solve a problem that will thereby allow the data to be added into the system. Once included, it cannot be removed and remains there securely forever. This complex process enables three-factor confirmation of the authenticity of the data, as well as its origin, hence enhancing cybersecurity using blockchain.

Use of blockchain in cybersecurity in 2023

The use of blockchain to improve cybersecurity has shown to be an incredibly profitable business – in the past years, it has been demonstrated as a powerful investment and a rapidly developing crypto movement.

Due to the highly advanced encryption and data protection system described in the previous section, blockchain and cybersecurity now go closely together, as one of the most efficient ways to safeguard sensitive data. Why?

Although 2023 is likely to bring along more threats to cybersecurity, the best and most successful companies, as well as smaller businesses, are catching up on the trend by introducing the cybersecurity blockchain technology: Telstra, REMME, Obsidian, and others. Below are just a few examples.

The popular Russian messenger platform, widely exploited by users from all over the world, have announced the new Telegram Open Network that will be based on Blockchain. It is said to use smart contracts for operation and have unusually fast data processing standards. The platform will have its own cryptocurrency and facilitate all of the essential functions, such as money transfers and storage of data.

Telegram is known for its powerful encryption technologies, safe messaging and data storage facilities. It is especially popular among cryptocurrency enthusiasts. Introducing TON to the messaging experience will make the app the next hit in the crypto world, as it will guarantee secure and reliable transactions.

Blockchain’s impact on the banking industry

We all know how annoyingly slow and inefficient banking software can be sometimes. It introduces additional costs and extra hassle to the already fussy financial operations. Until recently, there was no equally safe alternative – until the emergence of blockchain.

Banks like Santander have noted the useful features of Blockchain that allow secure transaction record and swift money transfer, which makes the process more cost-effective. In addition, the smart contracts aspect of Bitcoin could unlock the potential of a much faster and protected record of loans. 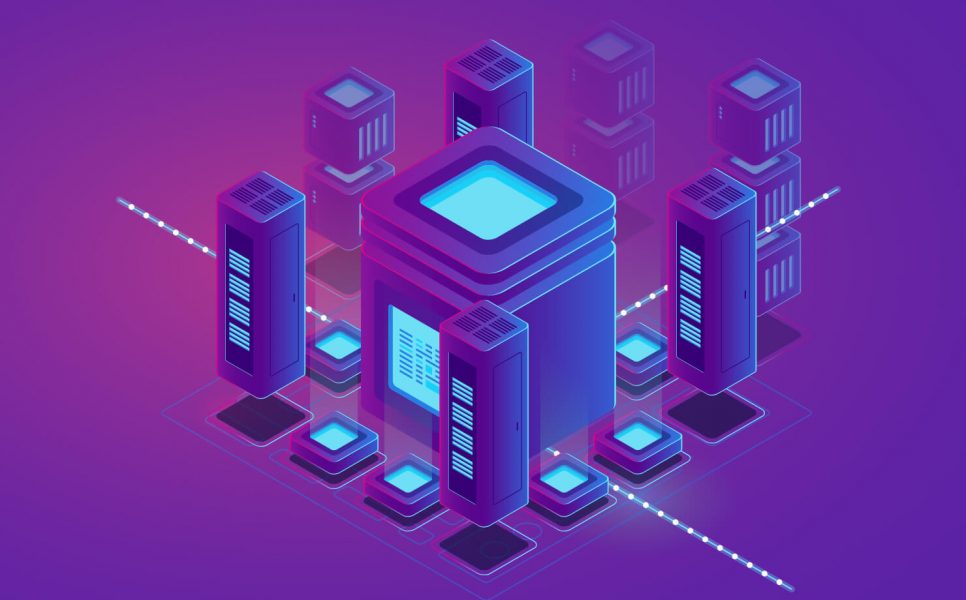 Blockchain and the future of the health industry

The healthcare industry is one of the most complex cases when it comes to data collection and sharing due to the sensitive nature of the information. This problem results in millions of dollars wasted each year due to highly inefficient healthcare payments.

The blockchain technology allows the data to be distributed among the shareholders securely and guarantees a record of transactions that can be viewed and inspected by all parties. Thus, blockchain majorly speeds up all processes involved in healthcare payment, especially when it concerns insurance. This can ultimately save lives of millions of patients that would have otherwise been lost due to poor communication and technology use.

In 2023, the use of blockchain in security promises to resolve a lot of the issues with cybercrime, data theft and fraud. Complex encryption and data verification are the strongest protection methods that currently exist. It is therefore not surprising that major companies like REMME and Obsidian have already started involving it in their business. Other industries, including healthcare, social media and banking are starting to note the usefulness of blockchain as well.

How to Find a Blockchain Developer?