Famous technology companies, as well as top Microsoft apps, are known to have been built with .NET and Windows CE technologies. .NET programming platform (with implementations such as .NET Framework, .NET Core, Xamarin, Mono, Unity, or Godot) allows developers to program in a single codebase, and create apps that run on Windows, Mac OS X, and Linux. 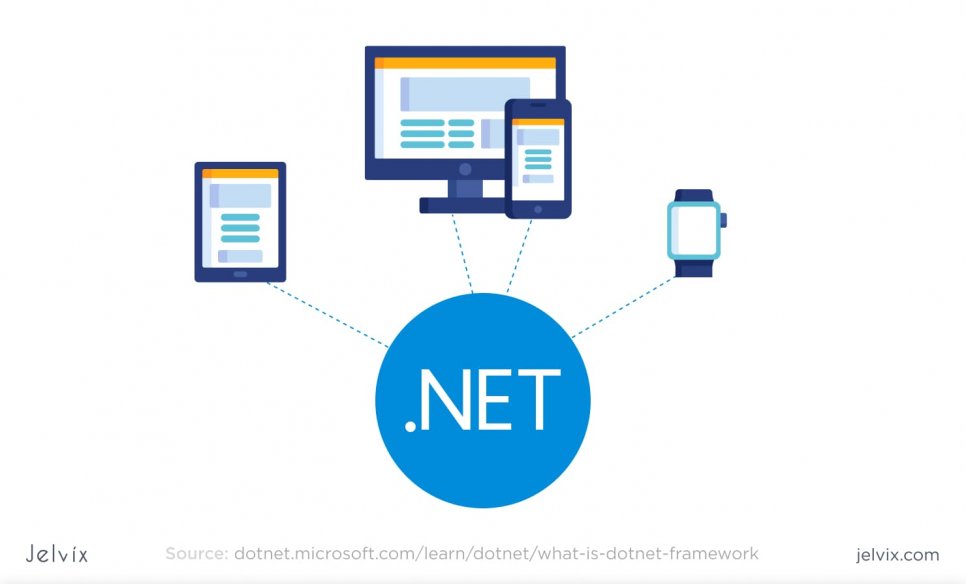 The .NET Framework is an open-source Microsoft development framework that offers a wide range of tools for building web and mobile apps. There are two .NET implementations used for creating applications: .NET Core and the .NET Framework. In this article, we will be focusing on the latter.

Developing web and mobile apps is our great passion, and we strive to deliver compelling projects. Using the .NET Framework, we have successfully deployed several products, and continue to create websites and apps relying on the best software architecture.

According to a KBVResearch report, the Global Application market is expected to reach $27.3 billion by 2025, with the highest sales in Asia-Pacific and Greater China. The prognosis seems fairly reasonable: there has never been a time for the application software market to enjoy as much money as today. The demand for Web services and peer-to-peer mobile applications is extremely high, but the extent this demand will mark the advent of a new era for software technology is still to be seen.

Nevertheless, the emerging market opportunities and striking innovations in software development will help developers reach a wider audience as well as deliver large-scale products much faster. Meanwhile, our team will continue to monitor market dynamics to keep up-to-date and absorb relevant developments. 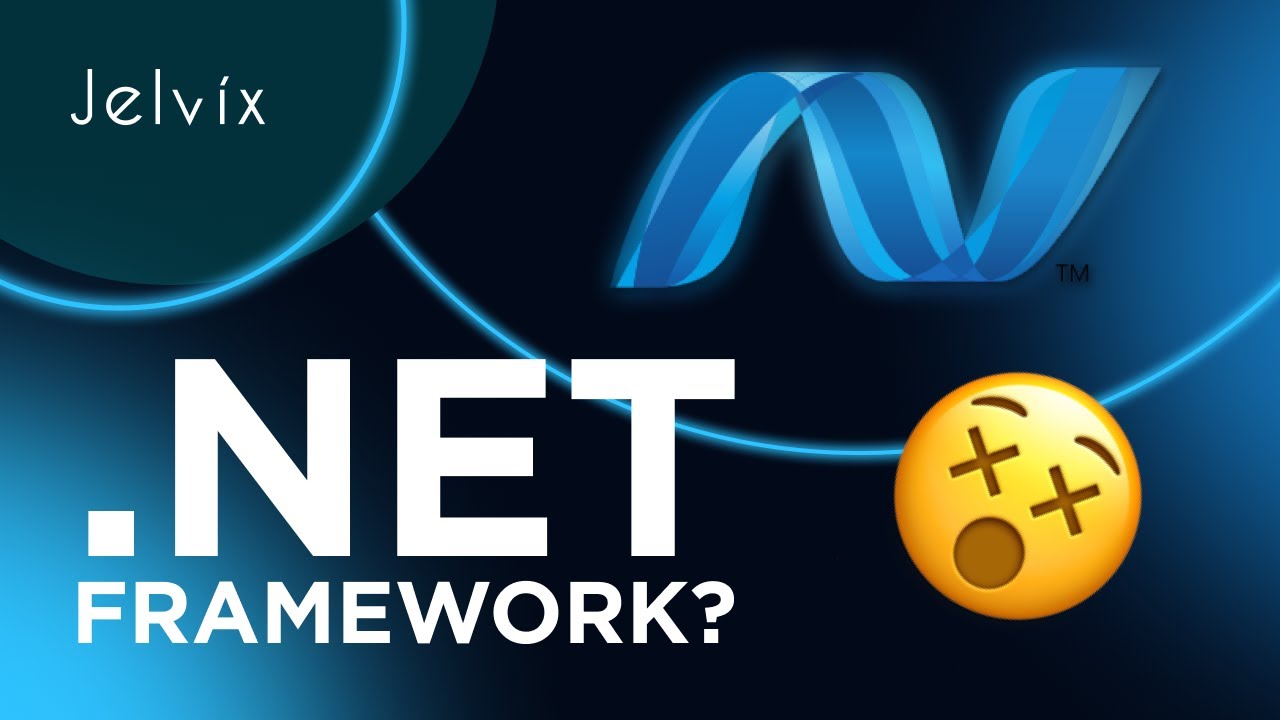 What is the .NET Framework? 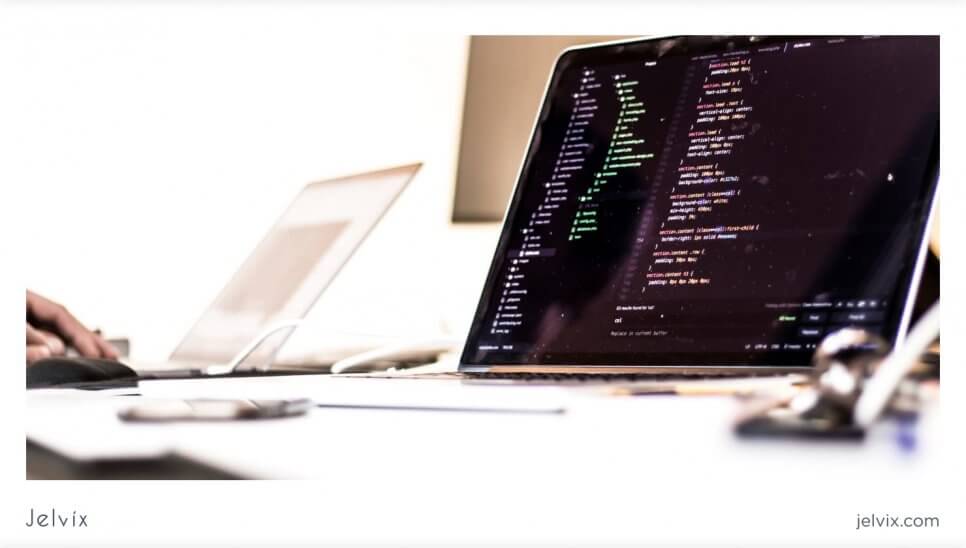 In the olden days, Microsoft programmers struggled with COM and multilayered architecture, and peer-to-peer technology was considered a promising new era that was supposed to provide cutting-edge programming solutions, including Remoting, .NET Networking, encryption, etc.

Today, .NET Framework is essentially linked to Web Service and peer-to-peer applications creation, which are extremely difficult to implement right. With the variety of programming languages and libraries, it is possible to develop Web Services that are responsive and adaptive. That said, it is important to note that you will need a thorough understanding of .NET concepts (assemblies and types) to create and deploy applications that run across all types of devices.

So to get back to our earlier point about the original implementation of .NET – a framework that has revolutionized an open-source approach to software engineering – we’d better start off with the basics. The word “.NET” was chosen because it mirrored the domain suffix of (at that time) every ISP, so it was intended to remind users that “web-enabling your software” was the core goal of this project.

The term “framework” stands for APIs, and a shared library of prewritten code and routines, used to handle the lower-level coding for devs (e.g., parsing XML). That open-source library of predefined code is called the Framework Class Library (FCL).

Like its competitor Java, .NET is an intermediate bytecode language that requires a runtime interpreter to implement .NET compilers into Common Intermediate Language (IL). IL runs on Common Language Runtime (CLR), a platform that allows libraries and programming languages to work together; it provides services such as code compilation, security, database storage, and management.

Therefore, we may conclude that the .NET Framework represents a set of pre-built classes that anyone can use to execute programs in an efficient manner. At the same time the runtime environment provides the basis for managing and deploying these programs easily.

There are many advantages of the .NET Framework, but the foremost benefit is language interoperability. Because of CLR, languages like C#, C++, Visual Basic, F#, JS, and many others can be called to create fast and easily accessible applications.

Another important .NET implementation is Mono. The original purpose behind this project was to create a compatible software framework and run .NET applications cross-platform (on Linux,  Unix, Mac OS X, Solaris, and even Windows).

Each implementation of .NET consists of the following major components: 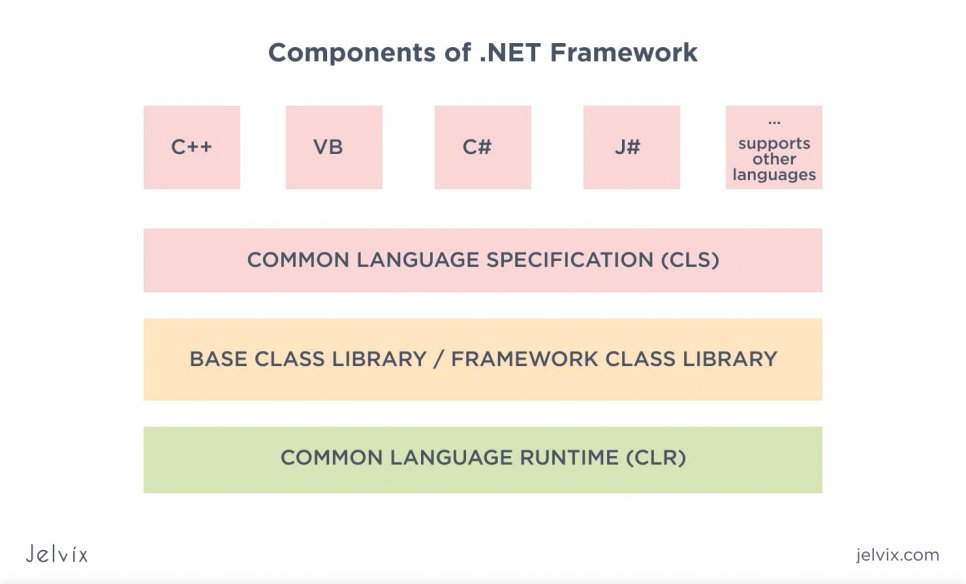 Advantages of using the .NET Framework

The advantages of using the .NET Framework for application development are as follows:

What is the .NET Framework used for?

So why is it considered one of the top development frameworks? First and foremost, the biggest problem with software development is complexity. And this is what leads to buggy systems and long development cycles; this is why we need frameworks and other programming tools to solve this very problem of software complexity. 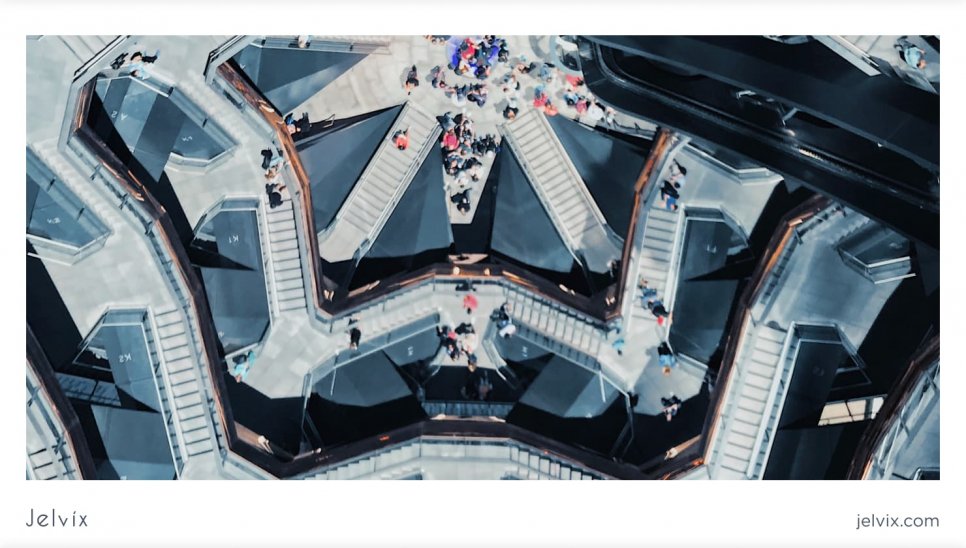 One of the most significant things about the .NET Framework is that it allows various versions of the CLR to exist on the same device. Further, coders have access to source code thanks to the open-source licenses; in computing, anyone who discloses computer software should also release source code for that software. For example, the C# compiler Roslyn was made open source by Microsoft under the Apache License, and now is available for all users on GitHub.

What is more, with extensive Class Library, developers have straightforward access to simplifying objects. So, instead of wasting time on low-level optimizations, they use compilers that require little or no support. And these are only a few little examples of the commendable .NET features. The Framework also encompasses such things as the Common Type System (CTS) and the Common Type Specification (CTS).

These standards indicate how certain types are represented in computer memory. Thus, another key aspect that distinguishes the considerable benefit of using the full the .NET Framework is that it is language agnostic. The way devs program with it does not change depending on the language they are using. This is a huge productivity benefit as it creates a level playing field for all Windows developers. 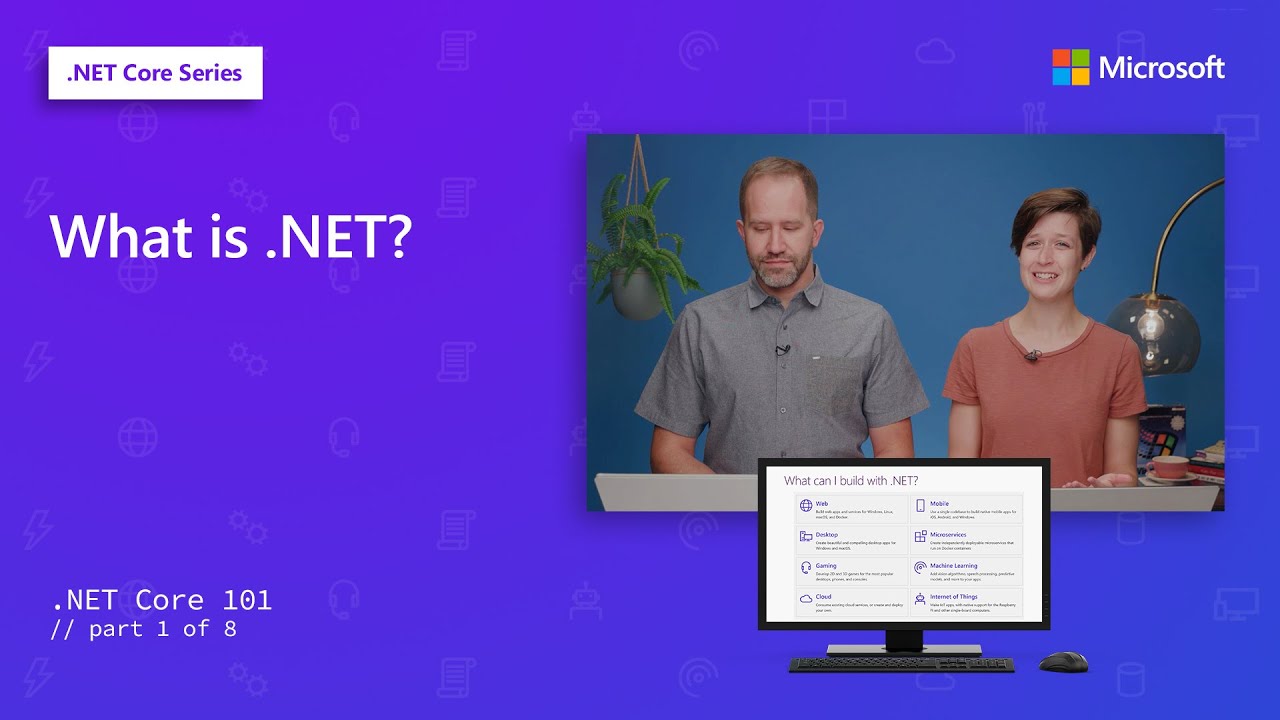 Below you can find the .NET Framework objectives within the potential benefits and values list. 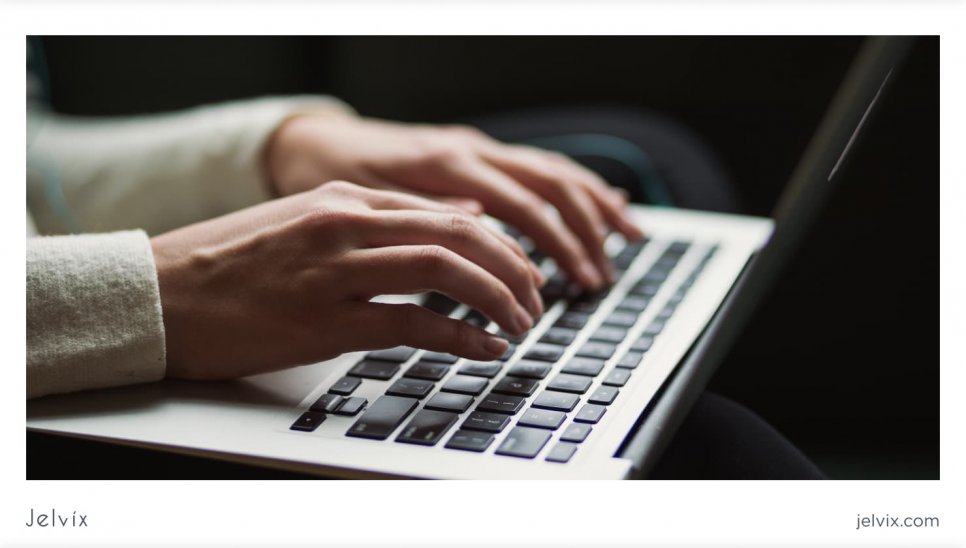 Typically, the latest versions of the .NET Framework “come in package” with each version of Windows. But it wasn’t always like that. Windows used to include the newest version of .NET in each release of the operating system. The newer versions were designed to be backward-compatible, but things didn’t go as planned. Many applications did not work with them.

Below, you can see three ways of how any particular version of the .NET Framework would get installed on your PC:

Today, we see a completely different picture in modern versions of Windows. Two significant developments occurred during the old Windows Vista days with respect to providing upgrades to the .NET Framework. First, Windows released the .NET Framework 3.5 that combined components from versions 2 and 3. Second, further updates to the Framework started being delivered through Windows Update.

These two factors have put questioning tech’s compatibility to an end – there was no longer a need for developers to be concerned about users performing additional installations.

Jelvix team recommends you to avoid installing any particular version of the .NET Framework. The thing is that even if you already have one installed, there is always a slight chance of patch installation failure. If you have an older operating system, you do not need the .NET Framework, but if you have the latest shareware (written by professional companies), you might need it.

Most commonly, many small applications ask for a particular version to be installed, but it’s unnecessary. Since .NET packages are backward-compatible, apps that require you to download the .NET Framework version 2.0 are able to handle what’s packaged into the .NET Framework 4.0. It is also important to make sure that your Windows is up-to-date with the latest Microsoft Windows update.

The only small downside is that .NET installations often require a lot of free hard disk space. In particular, the 4.0 version of .NET for standard 32-bit Windows systems needs 850 MB of space available on your Windows drive.

In contrast, a 64-bit Windows system needs 2 GB, and Windows is not always clear about whether you have enough space on the existing partition to install the Framework. In this case, check the amount of free space on your hard drive, and clear out the extra cruft if needed.

The .NET Framework architecture in detail

The diagram below illustrates the basic architecture of the .NET Framework.

As we mentioned before, the .NET Framework architecture consists of the following components:

Now, let us proceed to consider the nature of these components.

Exception Handling. This is a process that helps to ensure there are no runtime errors (e.g., SQLException) in the code. Let’s see the examples of exceptions:

Garbage Collection. The term describes the process of managing objects that are no longer in use to release unused memory of an app. Examples of garbage collection are:

Below are the two different means a programming language is implemented by: 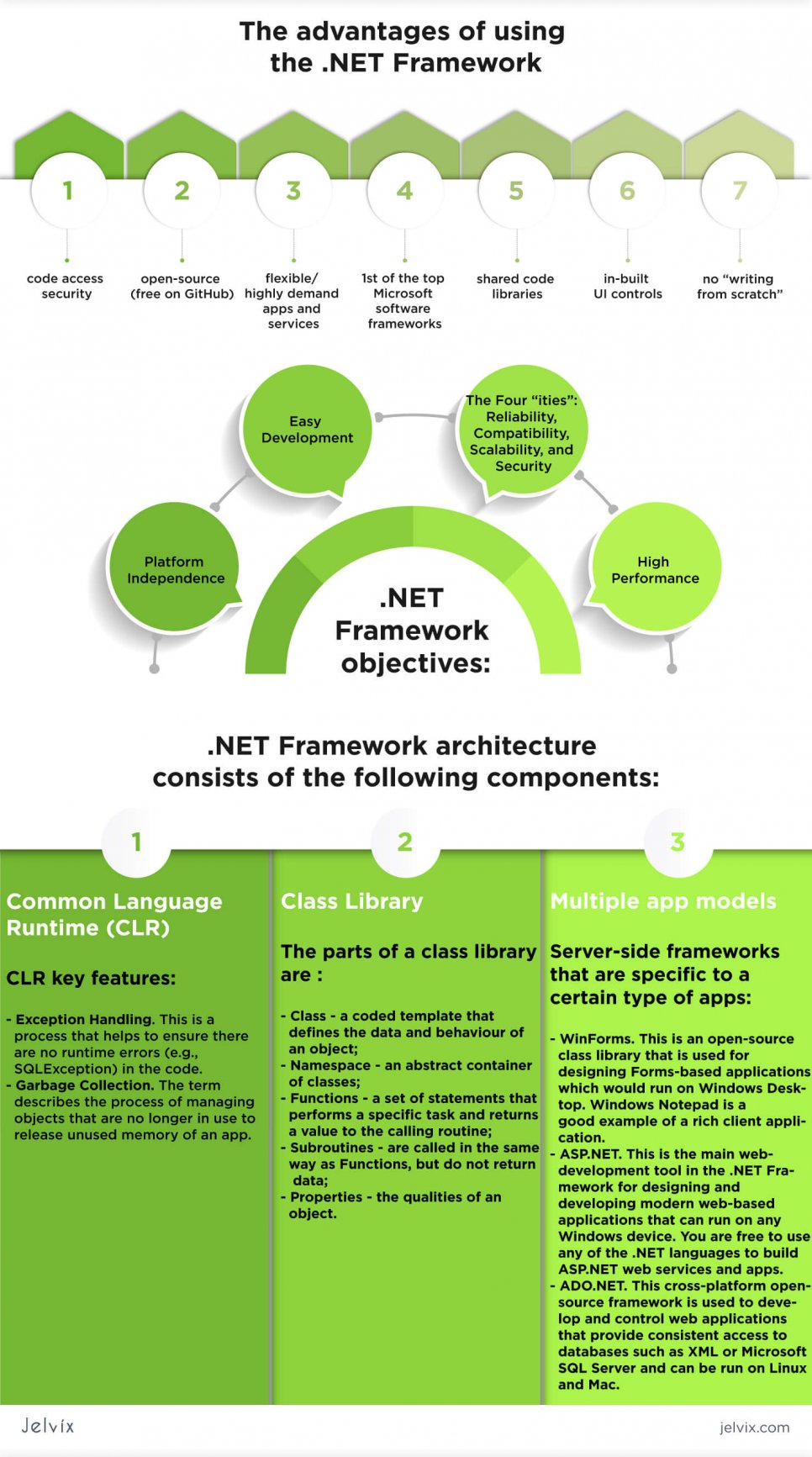 The .NET Framework includes subsets of reusable code (Class Libraries) that can be called by any .NET implementation to perform a specific task.

For instance, the Framework Class Library APIs provide file-level operations, as well as methods to read and write from the files. So, there is a method that can be used to read the text from a file. Similarly, there is a method to write text to a file.

Most of the methods are organized by either the System.* or Microsoft.* namespaces. As opposed to a class library, which is a concrete collection of classes, namespaces represent a notional separation of classes; classes contain data members and functions, whereas namespaces are used to differentiate these functions.

The parts of a class library are :

The .NET Framework provides app models for building astounding applications. The following sections illustrate server-side frameworks that are specific to a certain type of apps. 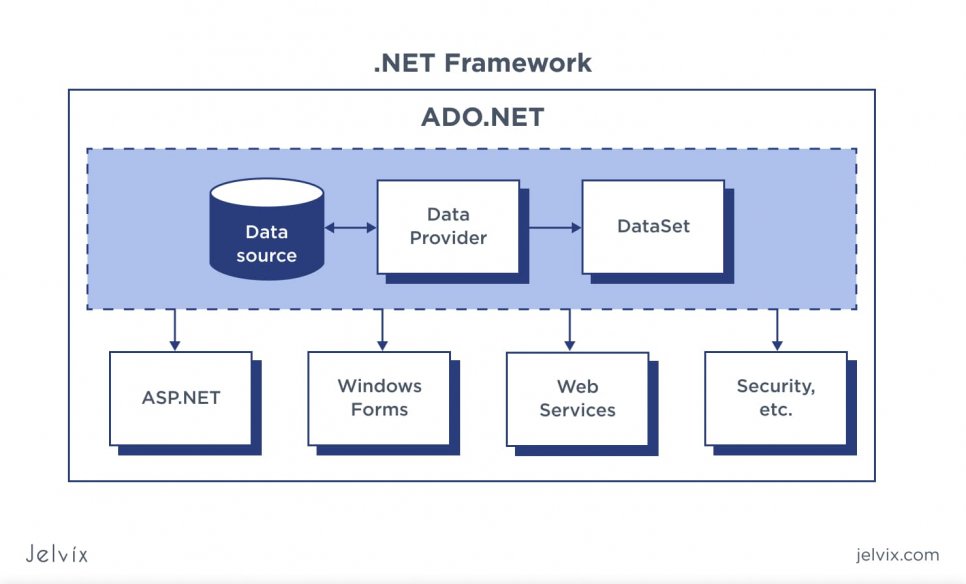 We have covered some of the major features of the .NET Framework as well as its architecture components, and benefits for software development. We hope that some bits of this information will come in handy for you.

There are many programming frameworks and tools designed to develop server-based and desktop applications, but we always opt for the top ones. Our clients trust and value our .NET development solutions and continue to benefit from Jelvix .NET apps and services.

Visit our Technologies page and check out application development technologies we use for creating top-quality products.

The Minimalist Guide to Development Methodology