Almost everyone interested in digital technologies is familiar with the blockchain concept. You may recall Bitcoin and Ethereum, which can be considered classic blockchain examples, but they are only two out of a huge number of existing networks. There are even some exotic applications such as cannabis cryptocurrency aiming to regulate the cannabis market.

You may be curious about the most promising blockchain trends for 2022. Our blockchain technology experts have gathered some insights to share with you in this article. 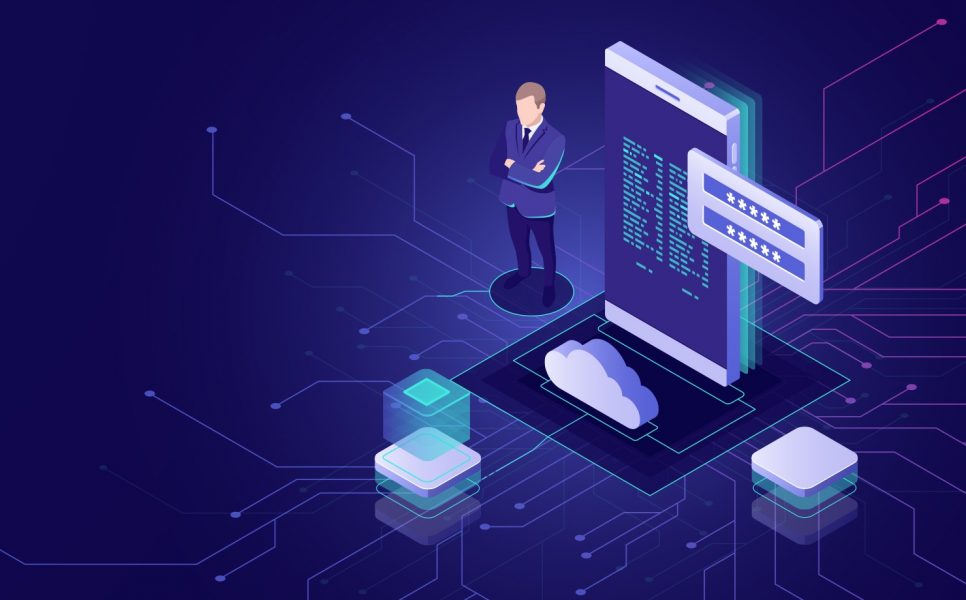 Yes, there were several issues related to blockchain, including the recent exchange crisis in Canada, so even Forbes has pointed out the lack of regulations and the complexity of this technology. Despite this, blockchain holds a lot of promise, so many developers work on eliminating the problems, extending the possibilities for its application, and increasing the benefits for investors.

Let’s take a closer look at the top ten blockchain trends of this year.

The slowdown of the utility token market was caused by numerous concerns related to ICO process. The ICO concept has been criticized for lack of real value and uncertain regulations resulting in limited profit potential for most investors who are used to the IPO market. Taking into account the potential market manipulations and limited liquidity, many people only consider cryptocurrency as a short-time investment.

Security tokens were launched to eliminate major ICOs issues. They are based on the idea of programmable equity, combining stake principle with the benefits of the blockchain. Contrary to ICOs, they allow investors to get more value such as ownership rights and a passive income via dividends. Being familiar to entrepreneurs, this concept can redefine the IPO business by granting them higher liquidity and efficiency combined with 24/7 capital access.

The main aim of such an organization is to connect competitors in productive collaboration. As the success of any blockchain platform depends on its community, involving more members significantly improves the relevance of shared data as well as the technical security of the network.

Blockchain consortia can be focused on:

Some consortia such as R3 can contain features of both these types.

At the same time, blockchain consortia may experience problems with involving more members and integrating this concept into the existing IT market. So, it’s better to watch big consortia players learn from their blockchain use cases and structural challenges they face.

The idea of asset tokenization is one of the top blockchain trends nowadays. Any high-value property such as real estate or commodities can be tokenized and used for exchange. Such a shift from cryptocurrency to real-based digital assets can be vital for small to medium enterprises, granting them wider market access. With the immense possibilities of the blockchain, such companies can attract more investors and benefit from high liquidity and transparency of exchanges.

Another type of tokens is aimed to fight the volatility issues of Bitcoin. It combines most cryptocurrency benefits (privacy, security, transparency, etc.) with the reliability and stability of fiat money. Such currencies are not affected by market conditions and have a stable price, mostly because they are backed by fiat money.

There are several types of stablecoins:

Currently, there are several well-known stablecoin currencies such as Tether. However, such systems are not free of disadvantages: they are centralized and, therefore, may evoke less trust from the investors.

Read also: How to Create Your Own Cryptocurrency 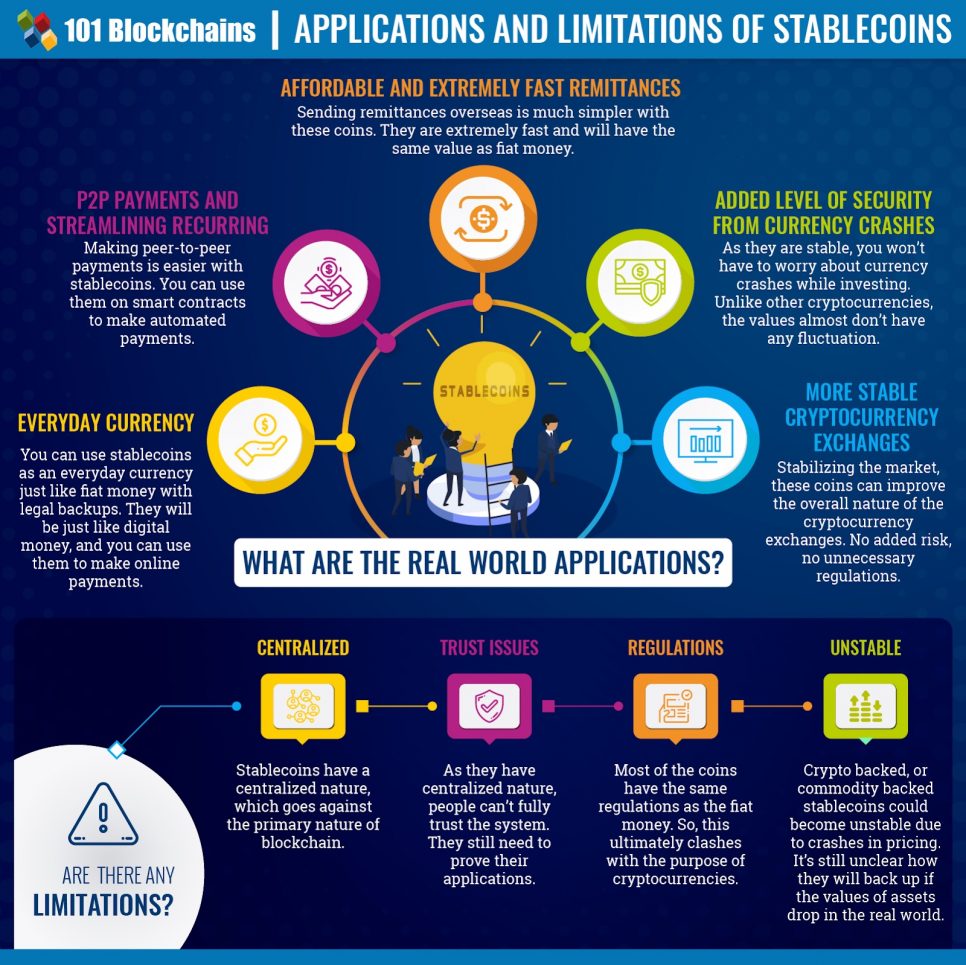 With the increasing popularity of the Technology-as-a-Service concept, we can expect the increase in the number of such blockchain platforms as well. In short, Blockchain-as-a-Service allows customers to use all the best features of this technology without creating their platform: they can access the cloud and build apps, execute smart contracts, and enjoy the existing well-developed infrastructure.

Several providers, including Amazon, are already providing BaaS, and we expect more companies to join this market. For example, a few months ago Huawei launched its own Blockchain Service allowing its clients to use this technology via HUAWEI CLOUD.

The lack of regulations and official support reduces confidence in cryptocurrency transactions. While several countries, such as China and Ecuador, are experimenting with launching their own cryptocurrencies, in most cases such a digital currency isn’t backed up by a government and, therefore, has a limited application outside of the digital world.

While the fiat currencies dominate in most countries, the winning approach is to connect crypto and fiat worlds by creating a digital link between them. The fiat-crypto exchange is a necessity among various industries that aim to widen their possibilities. At the same time, hybrid models are promising for real-world applications such as land-registry and the voting process. 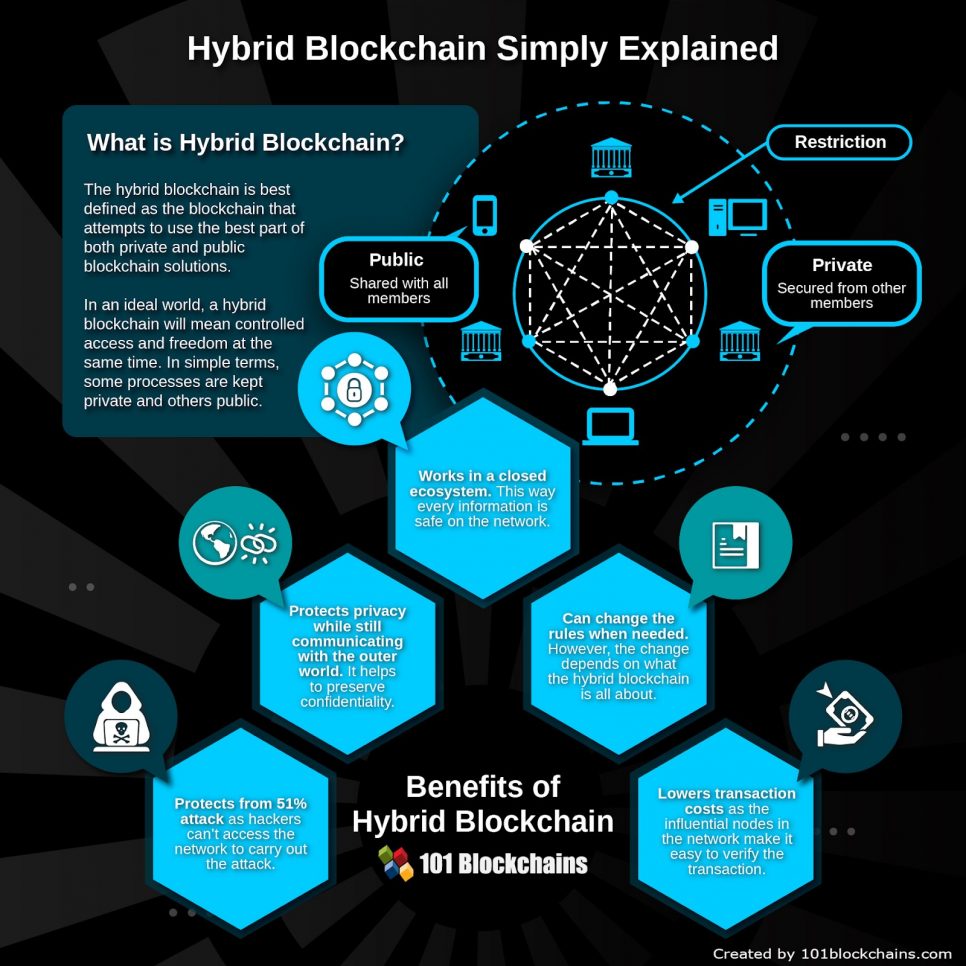 The increasing application of AI demands a lot of quality user data that can be quite hard to obtain. To satisfy this demand, startups are proposing the concept of “data marketplace’, a blockchain-based platform where individuals can sell their personal data. One of the main blockchain principles is that the data cannot be deleted or altered from the network, so such an environment will be secure enough to eliminate leak risks and other privacy violations.

There were several startups like CyberVein devoted to the idea of a data marketplace, and this concept seems promising enough to expect more such projects in the future.

8. Converging with the Internet of Things

According to Cisco’s research, the number of IoT devices will rise up to 28.5 billion in the following three years. However, this technology still faces certain challenges related to security and data assurance. Blockchain can eliminate such issues by creating a secure framework to exchange data between devices. What is more, an IoT-enabled blockchain can improve consumer data management, granting users more control over the information they share.

Such ecosystems can be a prototype to an autonomous machine-to-machine environment in the future.

While it is relatively easy for most B2C businesses to get involved in the digital world, B2B companies may have a slower digitalization pace. Blockchain can help them by making it possible to create complex ecosystems like B2B2C. Powered by smart contracts, it can maintain efficient peer-to-peer transactions, enabling competitors to connect and constructing new business models.

In the previous years, there were several implementations of this concept that revealed potential challenges. For example, such systems require creating a business governance model that will guarantee equal rights for all ecosystem players so it won’t be monopolized. On the other hand, previous unproductive experiments can bring to light the sides that need improvement, opening the gates for more progress in the following year.

The list of blockchain trends 2022 couldn’t be complete without mentioning cross-chain services. There are a lot of existing successful blockchain projects, and many new will arise in the future, so the market is estimated to gather $20B in revenue by 2024, according to Techjury’s report. Such impressive potential growth makes cross-chain communication vital for the industry.

Blockchain interoperability is a concept of sharing information across different systems, making them more practical and efficient. No particular platform can address all blockchain needs, but using the possibilities of different networks, developers can create powerful multi-channel solutions. Some platforms are already working on such communication; for example, Blocknet has an effective solution that connects nodes from different networks.

Even after facing certain issues in the past years, blockchain remains a promising technology and is spreading its possibilities towards new industries. From this review, you know the trends to keep in mind. So, in 2020 watch for the increasing popularity of BaaS solutions, projects related to IoT industry, and decentralized solutions. To enhance the exchange efficiency and reliability, consider involving new asset classes, more secure tokens, and fiat-currency operations.

Use of Blockchain in Cybersecurity – the 2022 Perspective

IT Outsourcing Trends for 2022