The Fundamental Differences Between Data Engineers vs Data Scientists

It’s been not that long since the conversation about differences between data scientists and data engineers started. A field that used to be one of the most ambiguous in tech is getting enormously more popular every year. Positions, roles, responsibilities are still maturing.

However, the main differences have already emerged clearly. This article will share our experience of assembling data science and data engineering teams and give insights on their tangible job responsibilities and roles. 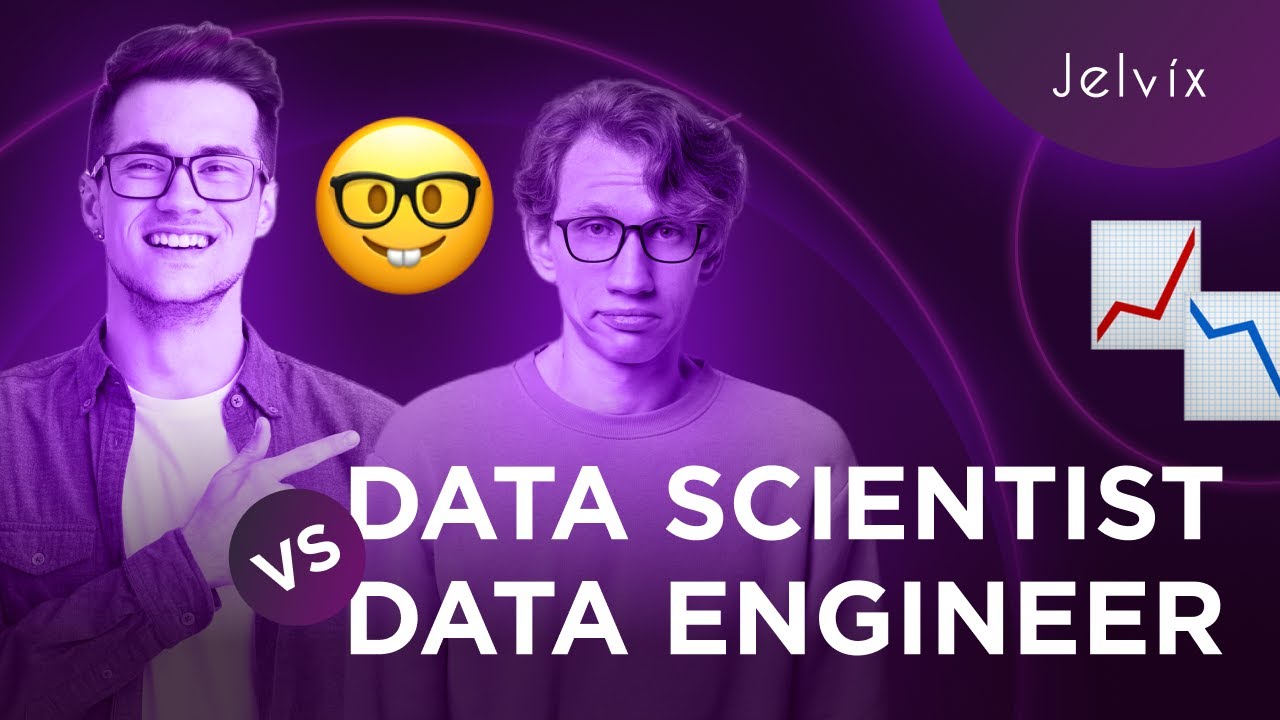 Why Distinguish Between Data Engineers and Data Scientists

Even now, it’s surprisingly common to find articles online about data scientists’ responsibilities when some of them belong to the data engineer job description. A lack of understanding of what data scientists can and cannot do leads to a high failure percentage and common burn-out.

The thing is, neither data scientists nor engineers can act on their own. Scientists hugely depend on engineers to provide infrastructure. If it’s not set up correctly, even the most skilled scientists with excellent knowledge of complex computational formulas will not execute the project properly.

The data development and management field include many specialties. Data engineers and scientists are only some of the roles necessary in the field. These positions, however, are intertwined – team members can step in and perform tasks that technically belong to another role. 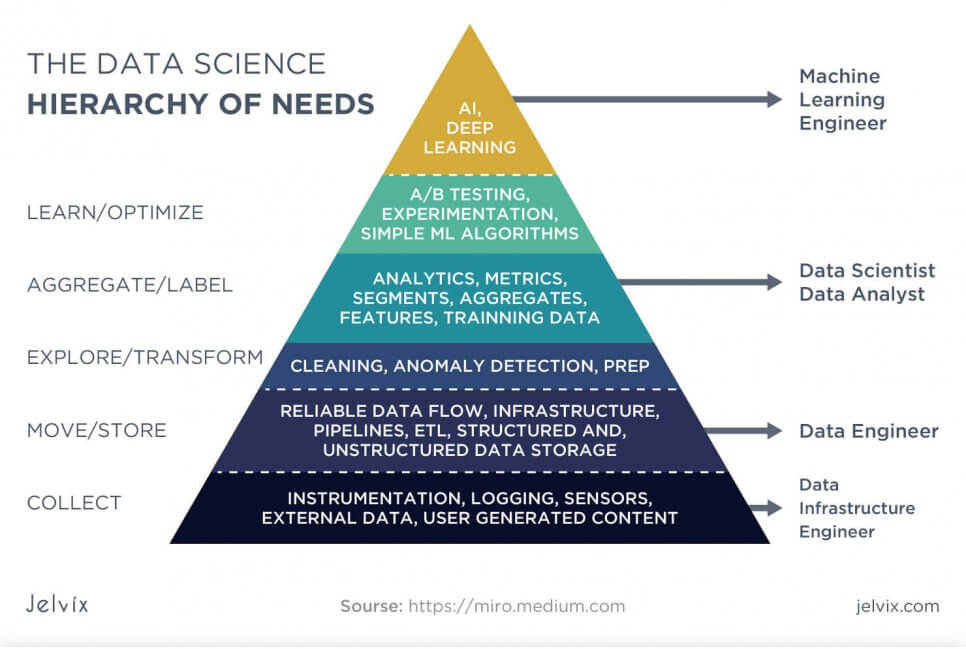 What is a data engineer? A data engineer is focused on building the right environment and infrastructure for data generation. The goal is to create and collect data that will later be used for comprehensive analysis.

Read more about the data quality definition, the challenges of data quality management, and ways to solve them.

A data scientist is focused on interpreting the generated data. It’s a person who helps to make sense of insights that were received from data engineers. They rely on statistical analysis and advanced calculations to derive conclusions.

Data scientists’ responsibilities lie at the intersection between business analysis and data engineering, focusing on analytics from one and data technology from the other. This is where the difference between data analytics vs data science lies. Data scientists also need to have software development expertise, which is necessary for analysts.

So, technological expertise is the main difference between data analysts and data scientists. 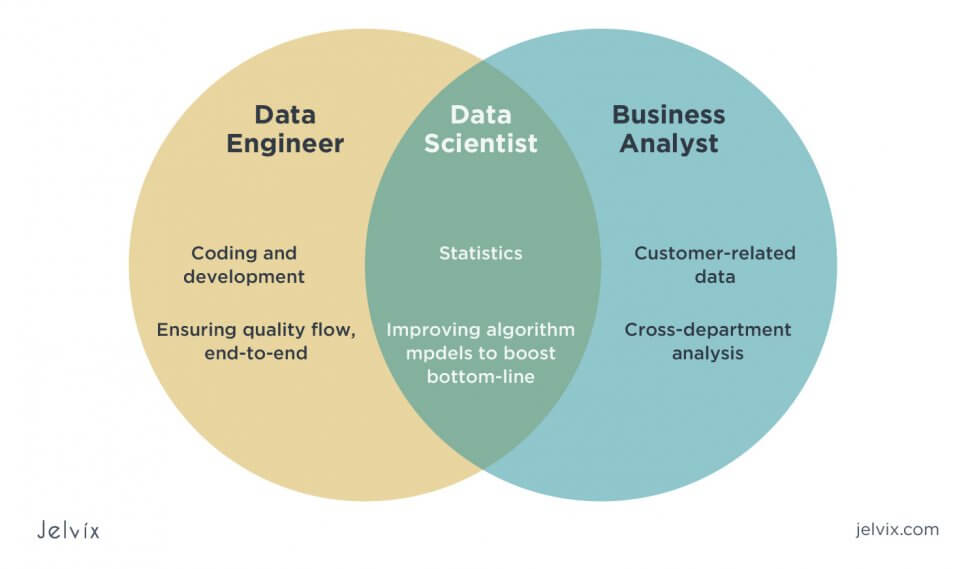 It’s not an Either/or Choice

When a company wants to assemble a data management team, they shouldn’t choose between data engineers and data scientists. Both roles are highly important, and one can’t function well without the help of the other.

Without data engineers, there will be no infrastructure that can consistently supply the data scientist team with high-quality data. They are responsible for designing and maintaining the infrastructure. If it fails, data scientists have nothing to analyze.

On the other hand, even the best infrastructure will be pointless if it receives no interpretation. Data scientists notice trends within data and derive tangible conclusions – something companies can immediately use in business management, marketing, and innovation.

The Working Process in Data Science vs Data Engineering

If you plan to assemble a data management team, you need to have a clear idea of its day-to-day actions. As early as the hiring stage, you need to understand clearly what’s the routine for data engineers and scientists – and the differences between them.

What is Data Engineering?

Take a look at a typical data pipeline example: 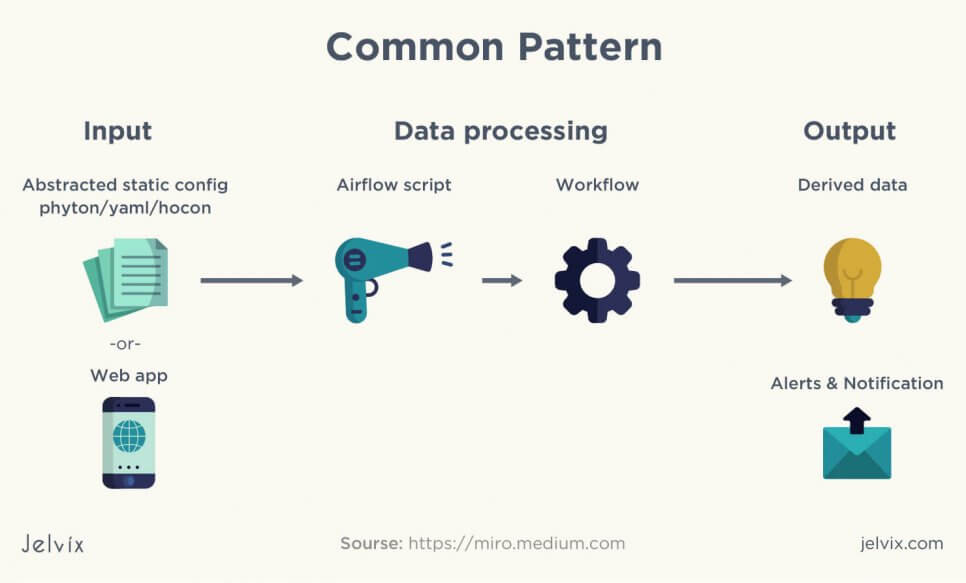 It’s true that data engineers’ responsibilities sometimes intersect with a typical backend developer or database manager; however, there are some differences.

Another question that people often have about data engineers’ work process is: why would someone need a data engineer if they already have a good backend team? The thing is, the requirements for data use are growing. Current data architecture standards are incredibly high – to fit them, you need specialists with an undivided focus on data architecture.

How Does Data Scientist Work? 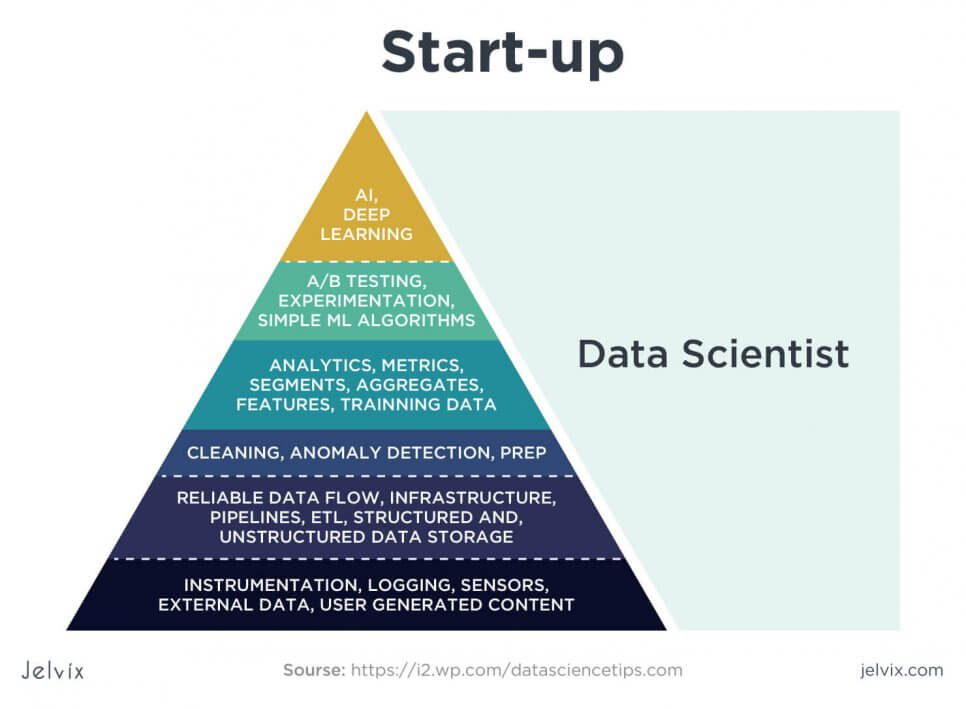 The primary purpose of a data scientist is to solve a data problem. The problem is usually stated in a business language (for instance, you need to find user preferences to build a real-time recommendation system).

Data scientists are the ones who translate the problem to the mathematical language, find a tangible solution, and convert it back to business-related interpretation. They also know the basics of database development and can execute simple solutions on their own – which is again, a difference between data science and data analytics.

The data science problem-solving process can be roughly grouped into six steps:

The result of a data scientist’s work is a complete analysis with clear and tangible insights. With such a report, a company can implement changes to its operations and measure them precisely. The data scientist may then reanalyze data to see how the process changes translated to differences in data.

After understanding the workflow of both data engineers and data scientists, we can summarize their responsibilities briefly. It will help you recruit experts and build the cooperation process within the department.

Since data engineers’ workflow is roughly similar to that of a data manager and backend engineer, it’s no surprise that they often use similar tools. Here’s a brief rundown of the necessary software.

Since a data engineer’s role is closer to software engineering, they will also be using many developments and DevOps tools to ship the results of their work. They can make use of backend tools and frameworks as well. 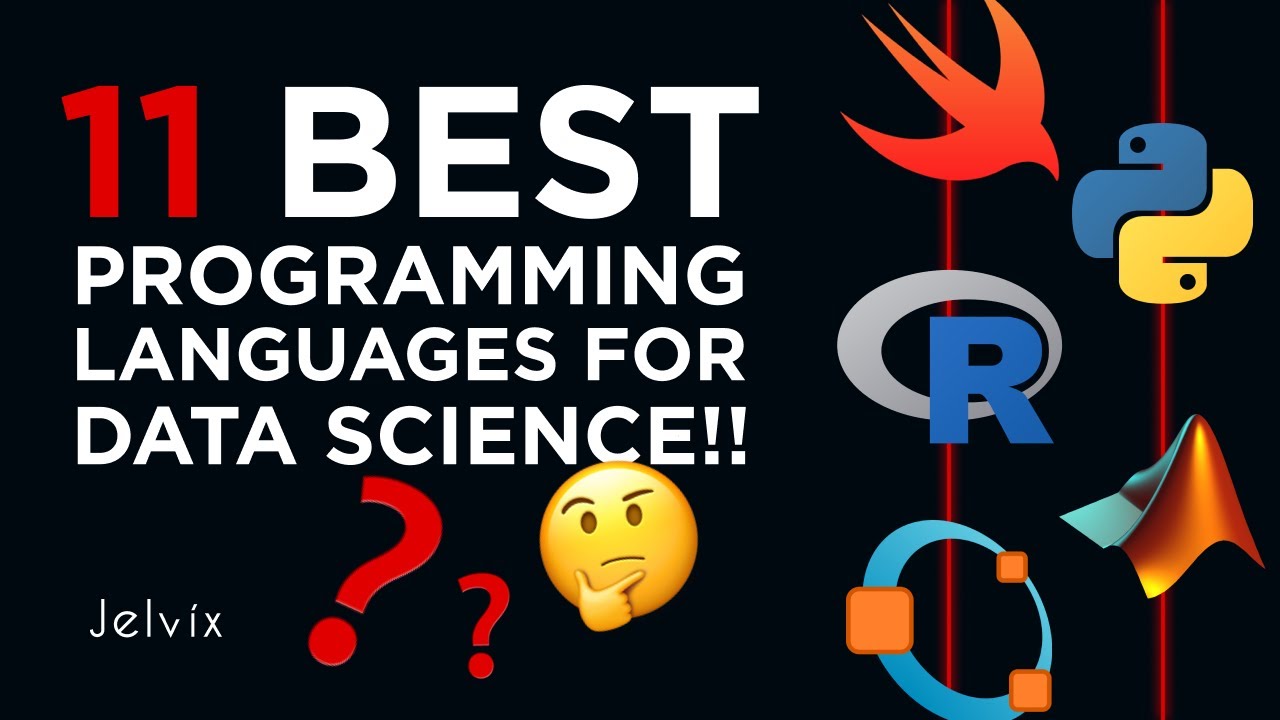 Data scientists are focused on the analytical aspects of data management much more than on the technical one. So, they make use of statistical tools, machine learning frameworks, computing software, etc. Let’s do a quick rundown of the most popular instruments. 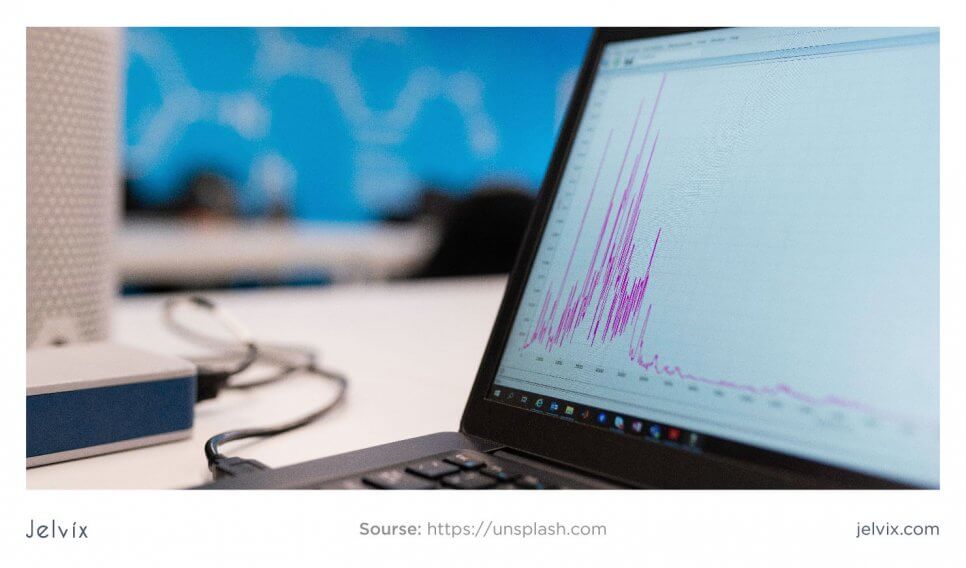 According to Glassdoor’s search results, data engineers’ number of openings is five times higher than for data scientists. Although both positions are among the most requested ones, the difference is noticeable.

The reason is simple: to get a data infrastructure running, you need many data engineers. As for data scientists, several experts with strong automation expertise are enough to interpret large data volumes.

When we described both responsibilities and workflows, we mentioned that continuous cooperation is critical. However, it’s better to clarify where precisely data engineers and scientists can help each other and what issues typically come up in the process.

Challenges of Cooperation Between Data Scientists and Engineers

The main problem is the lack of understanding of the responsibilities of the other party. If the organization doesn’t define clear roles for each data expert, the team will quickly become confused and won’t cooperate efficiently. This lack of understanding inevitably causes a lack of respect for the other party and decreases cooperation efficiency. 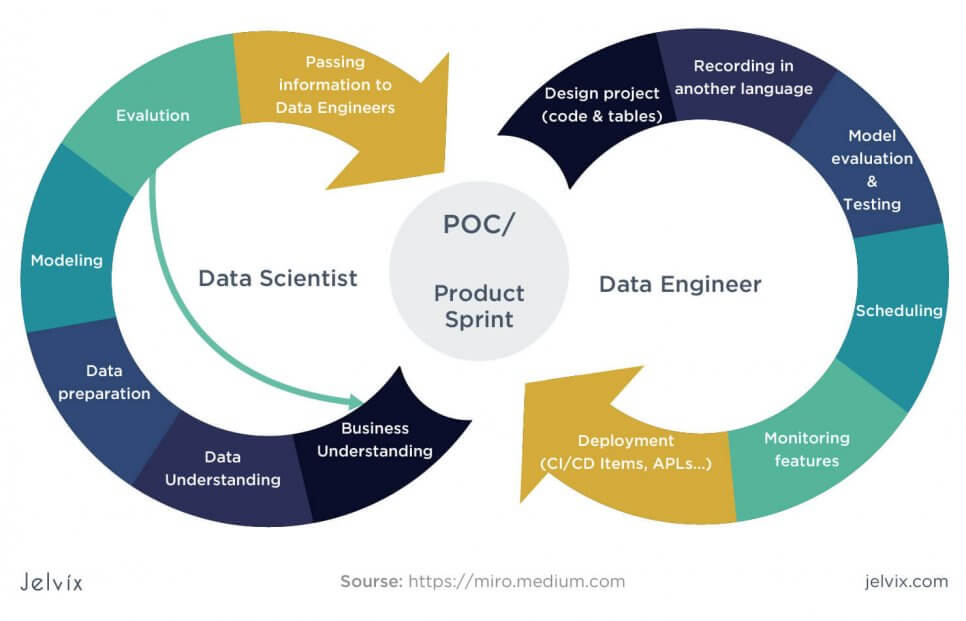 Another problem is more global: the overall misunderstanding between all data specialists and the rest of the team. If data scientists and engineers equally struggle to understand their place in the workflow, their colleagues will also misunderstand the responsibilities and the communication will not be productive at all.

How to introduce transparency to cooperation?

How to synchronize data scientists and engineers with the entire team?

Data engineers and data scientists have a lot of common points with other areas of software development. The data engineer’s responsibilities can be similar to a backend developer or database manager, leading to confusion in the team. Data scientists face a similar problem, as it may be challenging to draw the line between a data scientist vs data analyst.

It’s important to clarify where the responsibilities of one position begin, and those of another end. 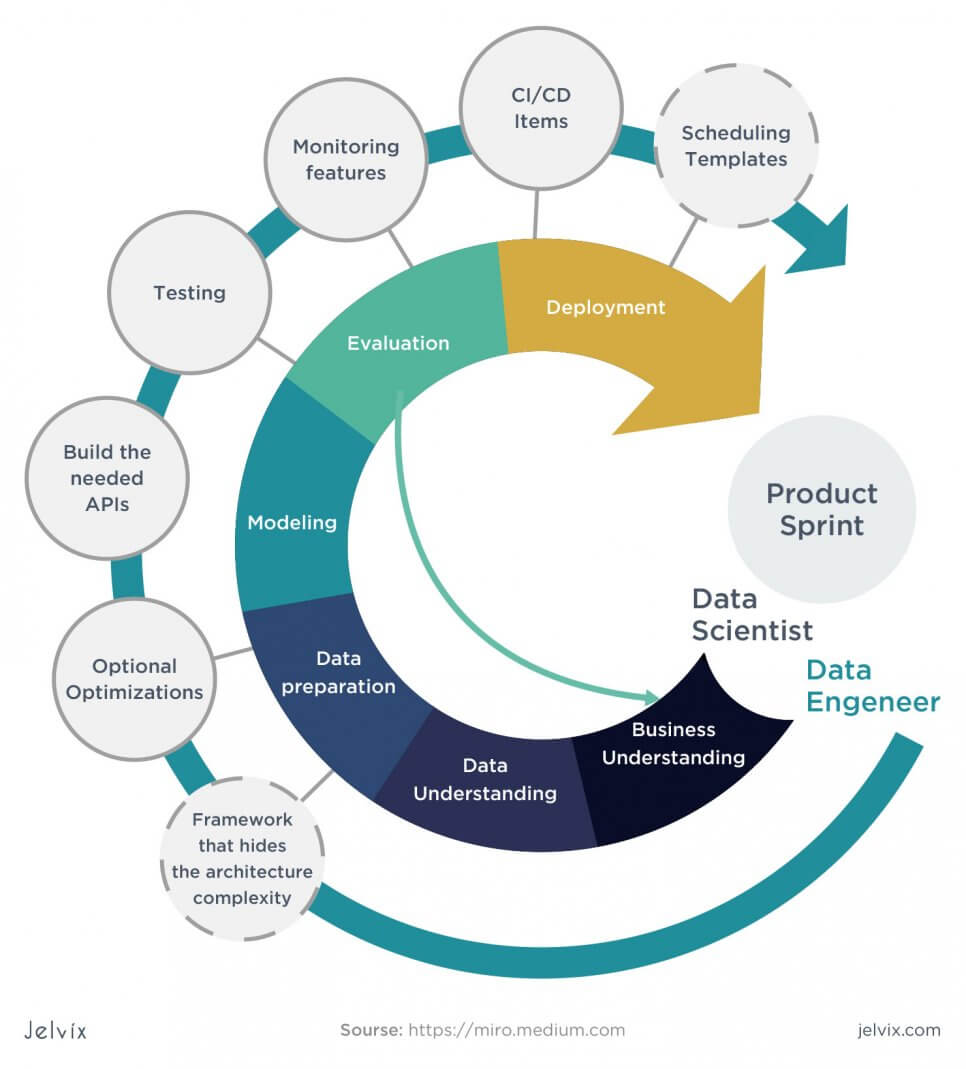 Both data engineers and data scientists are crucial for maintaining long-term and efficient data infrastructure. The first step to kick-starting efficient cooperation is to clearly define roles and responsibilities. Hopefully, this article helped you draw a line between the two parts and envision the responsibility distribution.

Of course, the exact division of these roles depends on the project’s needs and personal skills. You can make changes to the conventional description of responsibilities. It’s fine as long as these distinctions are drawn clearly.

If you are interested in hiring a balanced data science vs engineering team, where members already have established roles, communication practices, and years of collective experience, contact us. Get in touch with data experts and take an in-depth look at your project.

How to Start and Complete Data Quality Management

Analytics Maturity Model: a Path to Refine Your Data Strategy

What is a Data Pipeline and How You Can Use It?